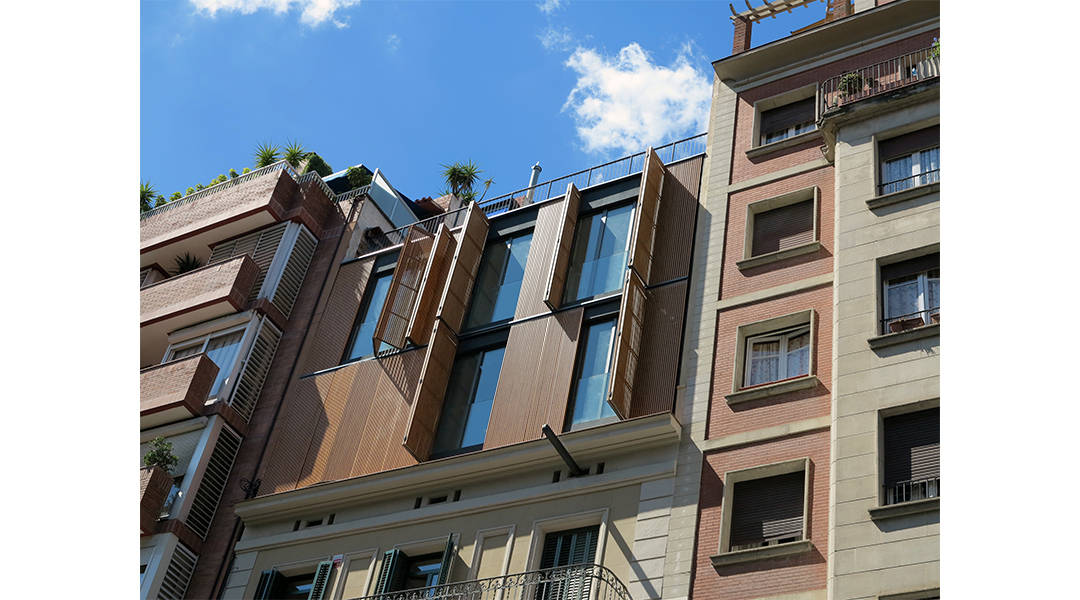 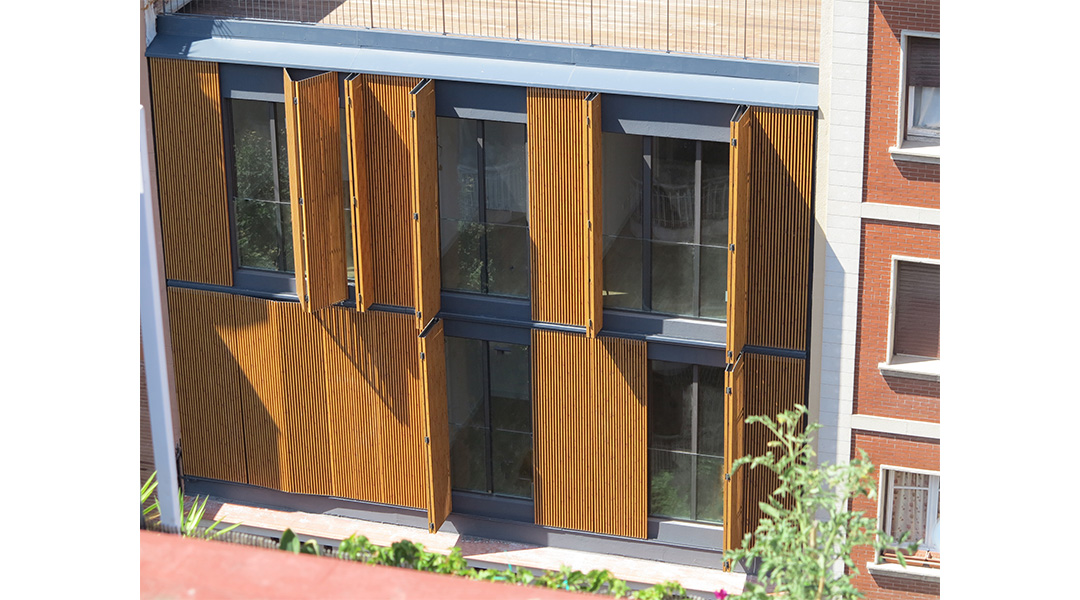 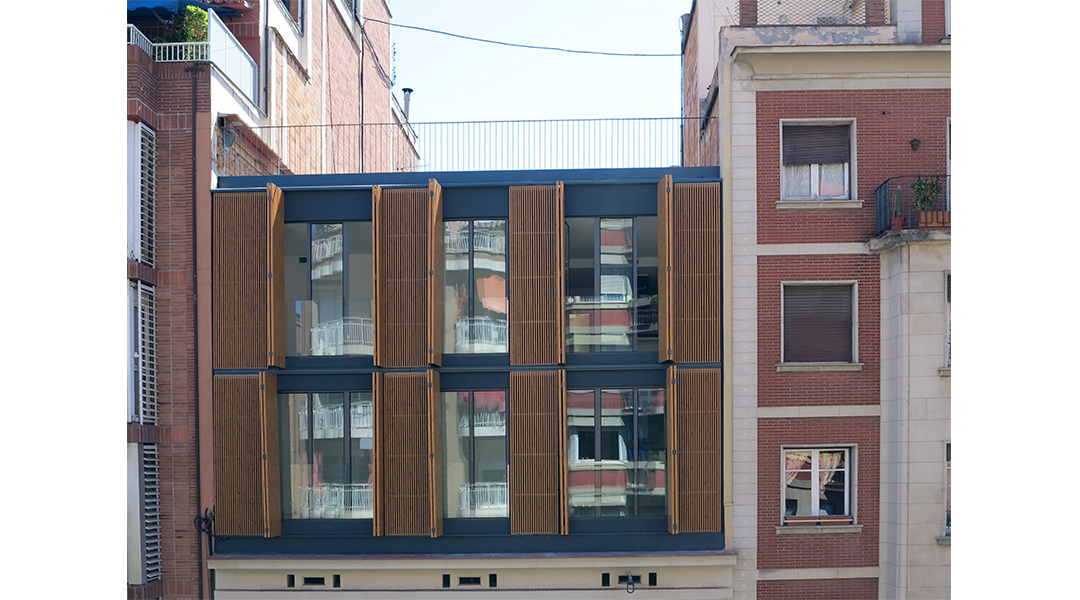 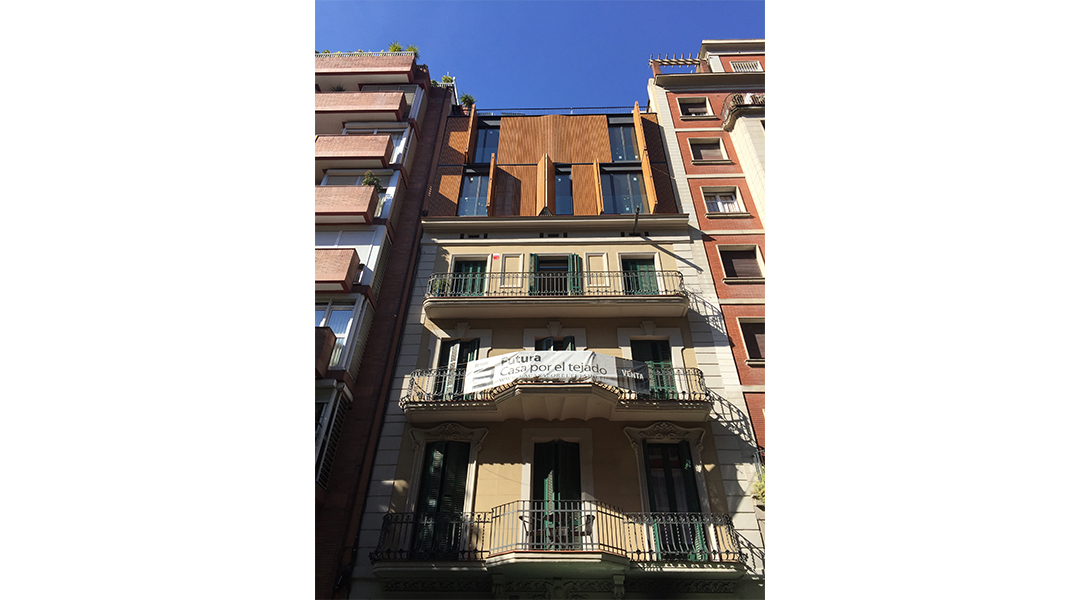 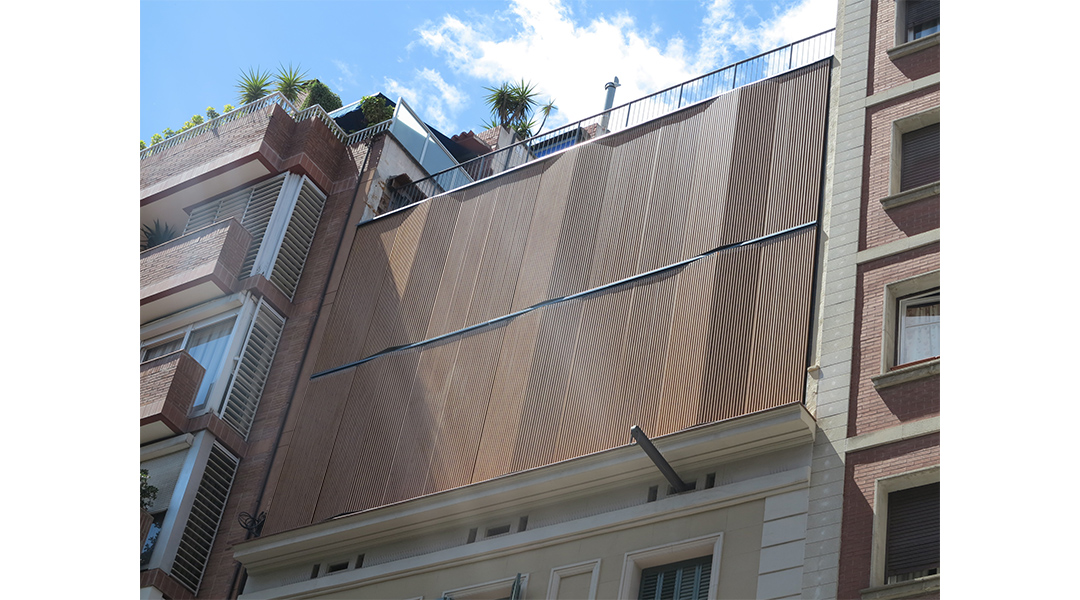 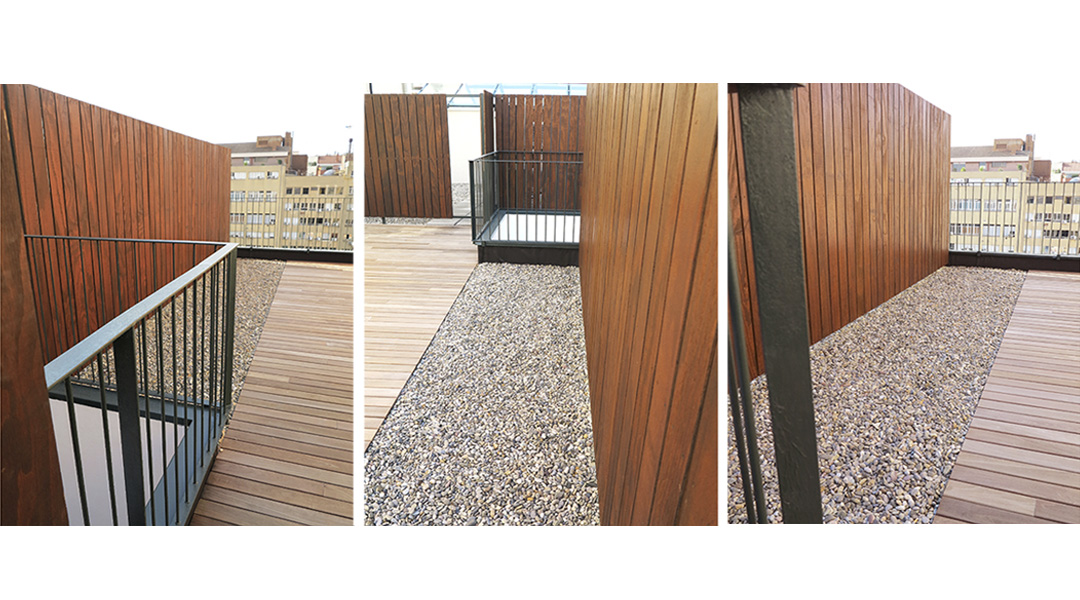 The project covers the two-overhead floors, each with 3 apartments, on 285 Marina Street in Barcelona.

The plot is occupied by a multi-family building of PB + 3PP between neighbor’s buildings (PB + 6PP and PB + 7PP), also aligned to the same street.

In addition to the renovation of these floor plants, the intervention also includes the renovation and rehabilitation of community stairs, the courtyards and light ventilation and the new elevator.

Industrialization and pre-assembly of modular elements

The structure is made by modules with metal structure and wood forged manufactured and pre-assembled in a workshop, to be later moved to the final place. The plant is formed by modules with their main perpendicular direction to the facade and parallel to the neighbor’s buildings.

The facades of the trace are light, composed of a sandwich panel. The exterior finish to the Marina Street is solved by means of folding slides industrialized, of book type, of metallic profile of aluminum. It is played with the contrast between the original facade and the new facade, but a homogeneous reading is generated and integrated in the whole due to the vertical layout.

In the interior facade, however, balconies are available and sun blinds are used as a sun protection system, like the ones that are usually used in the Eixample neighborhood.