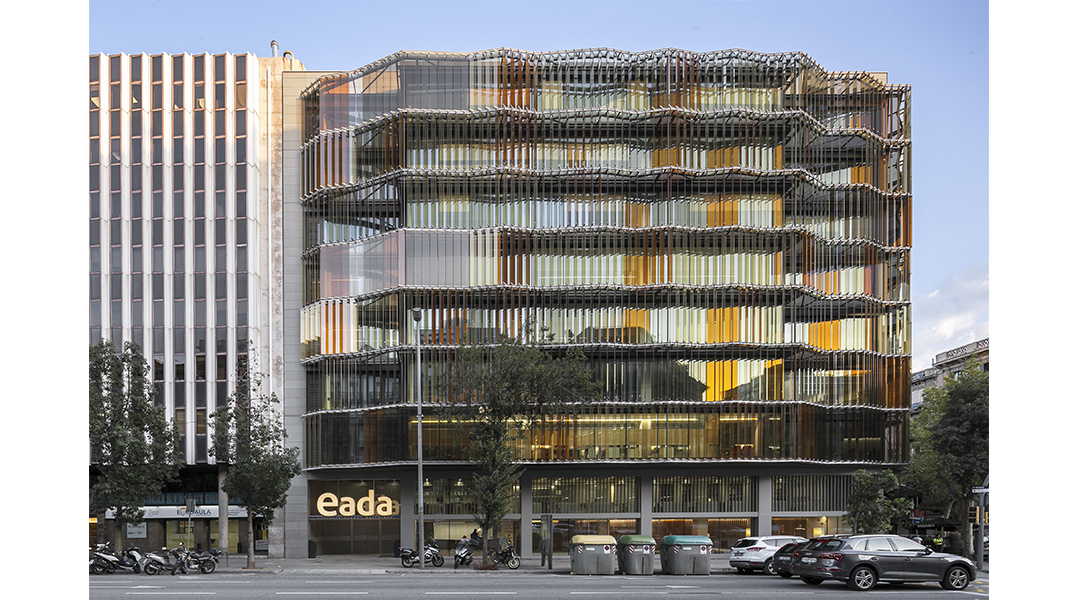 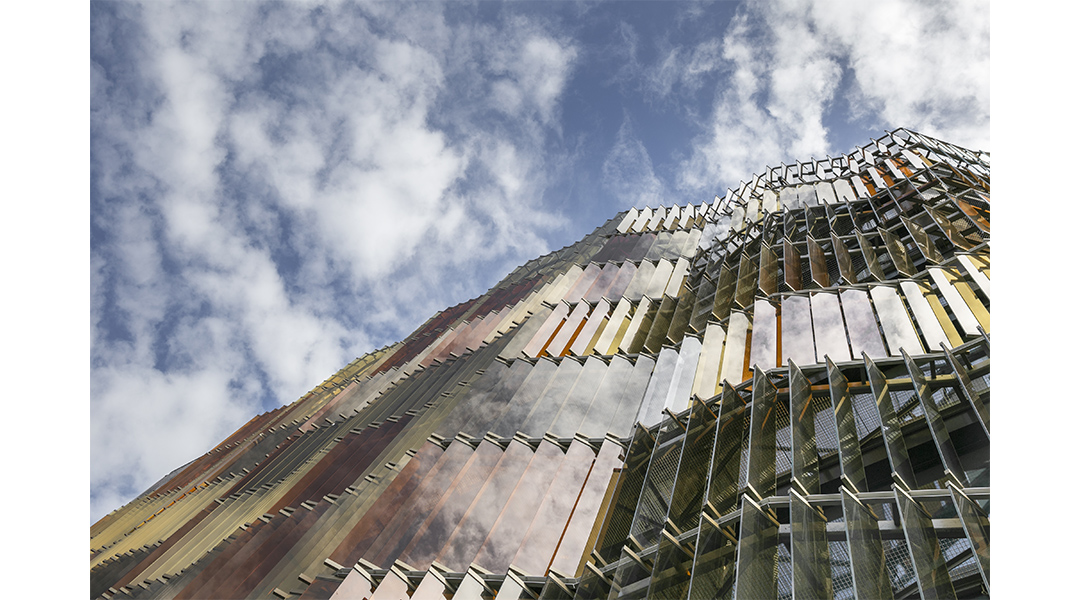 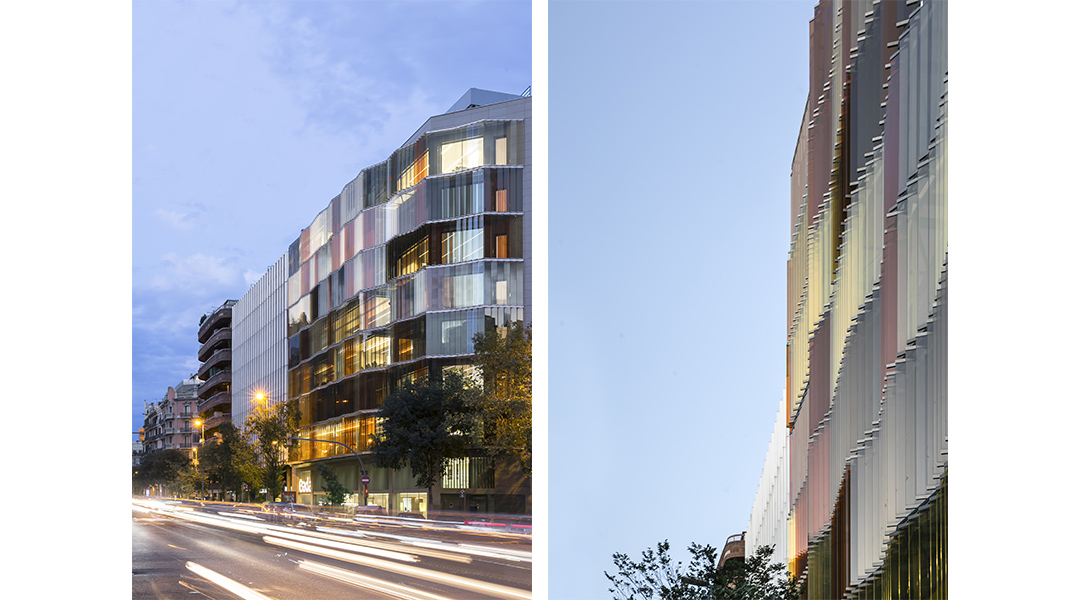 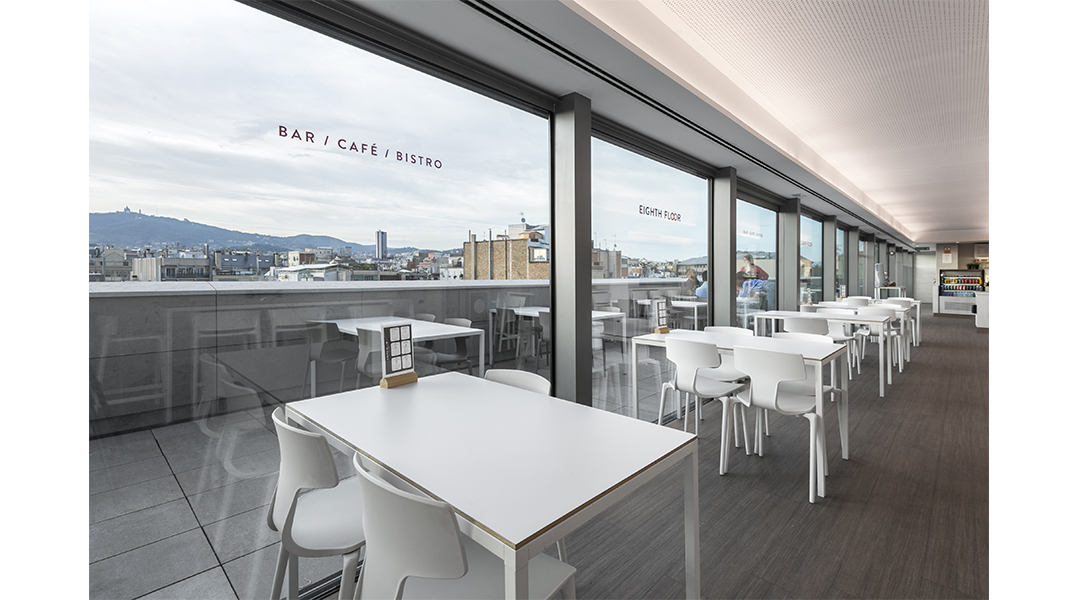 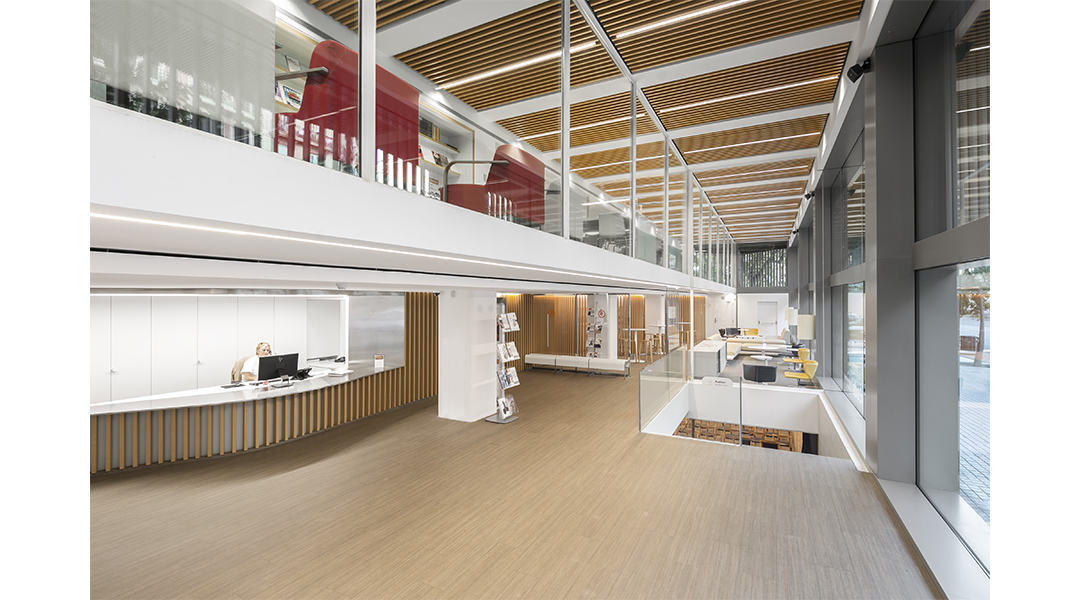 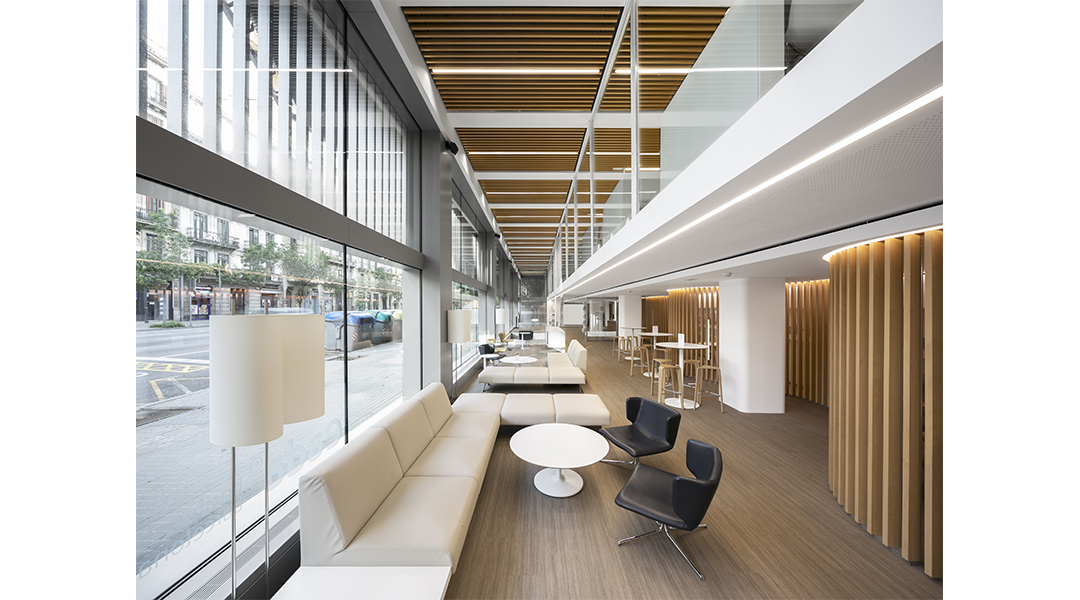 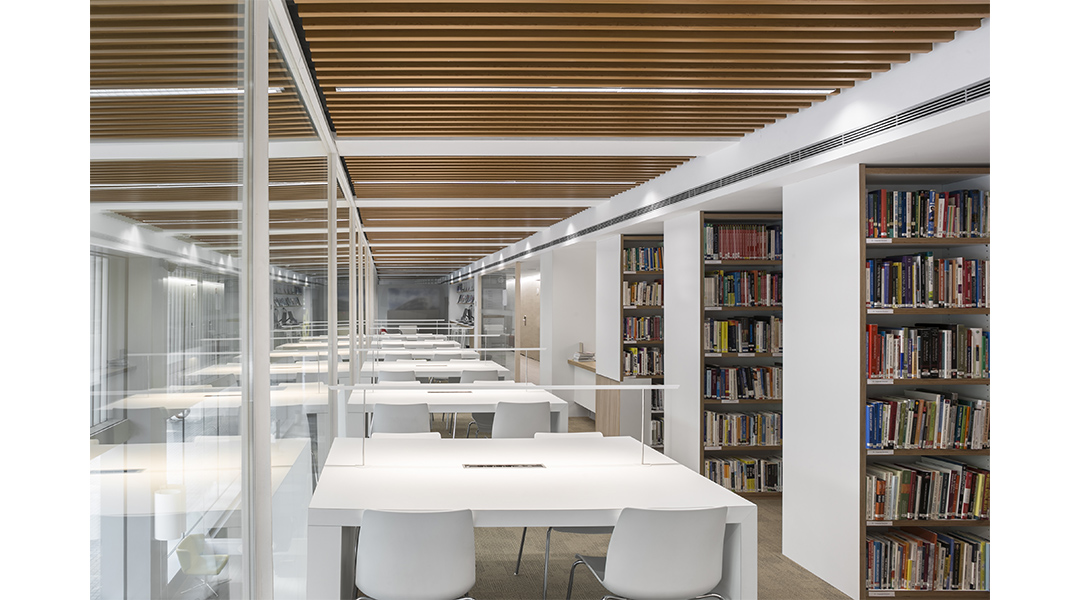 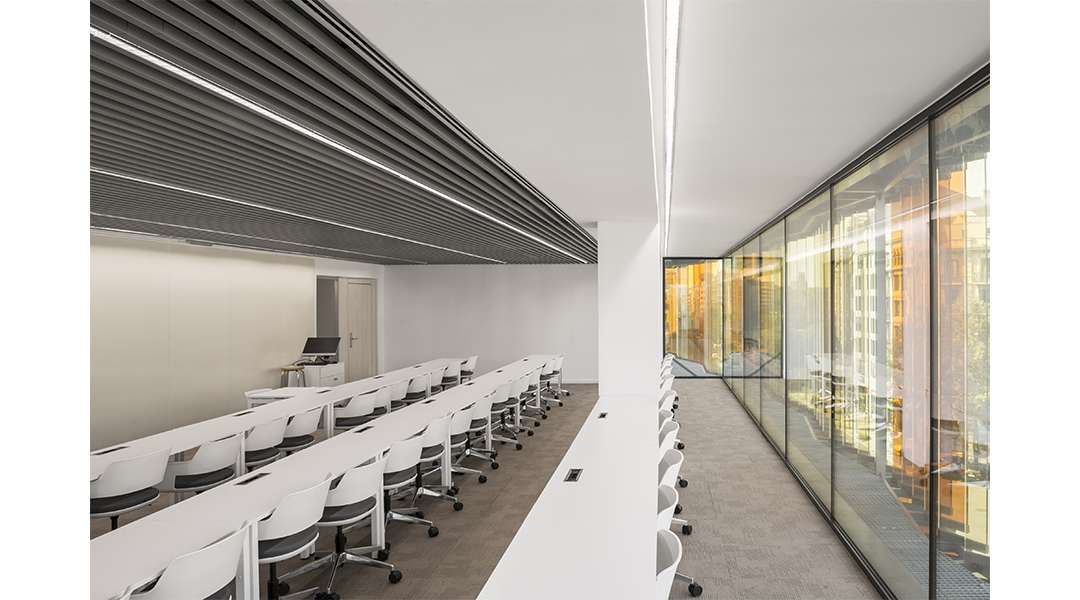 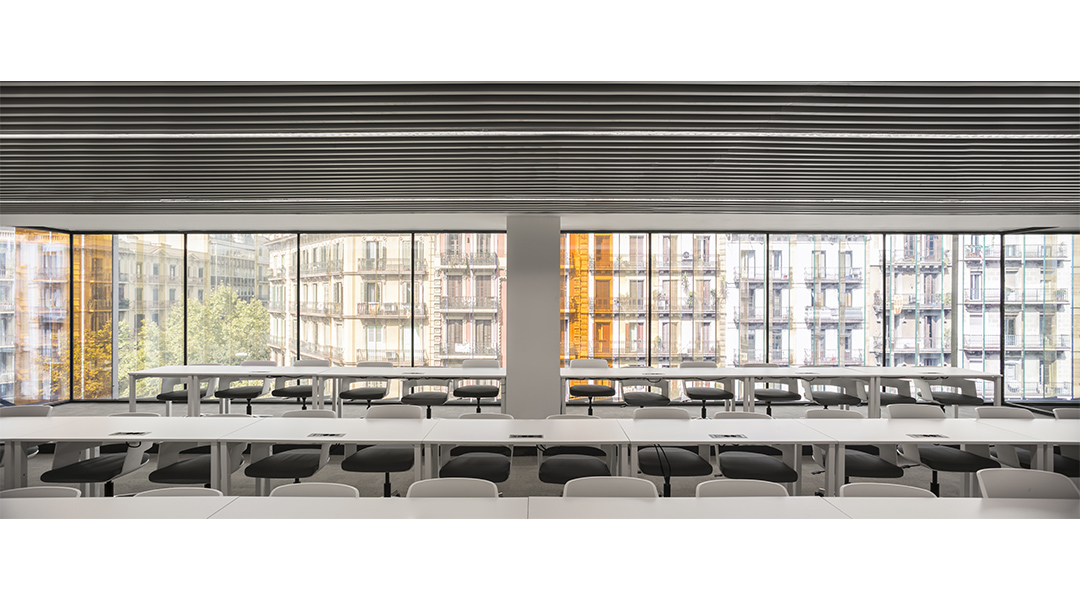 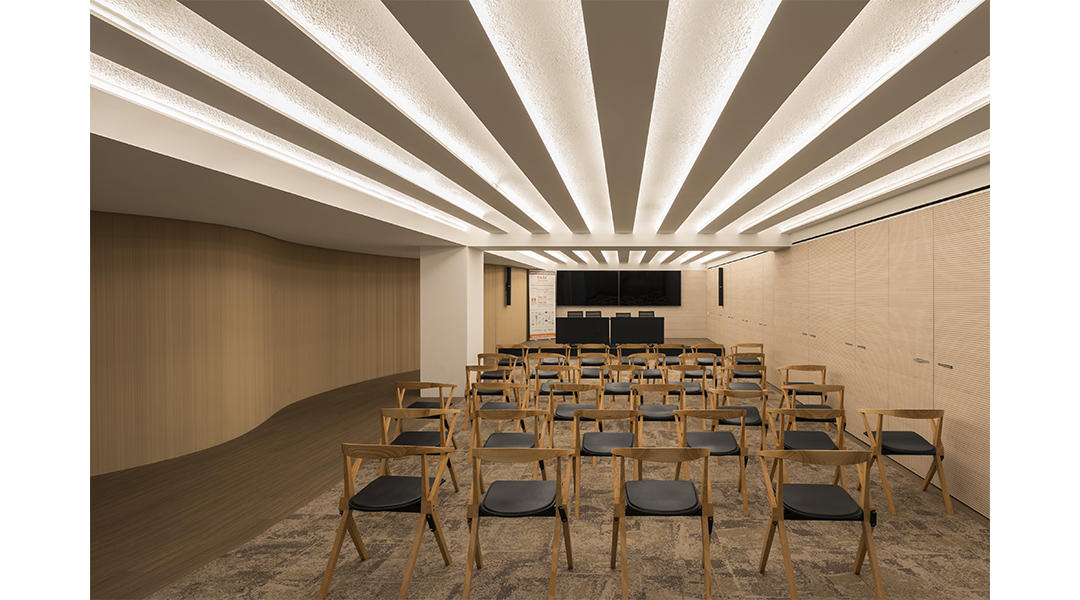 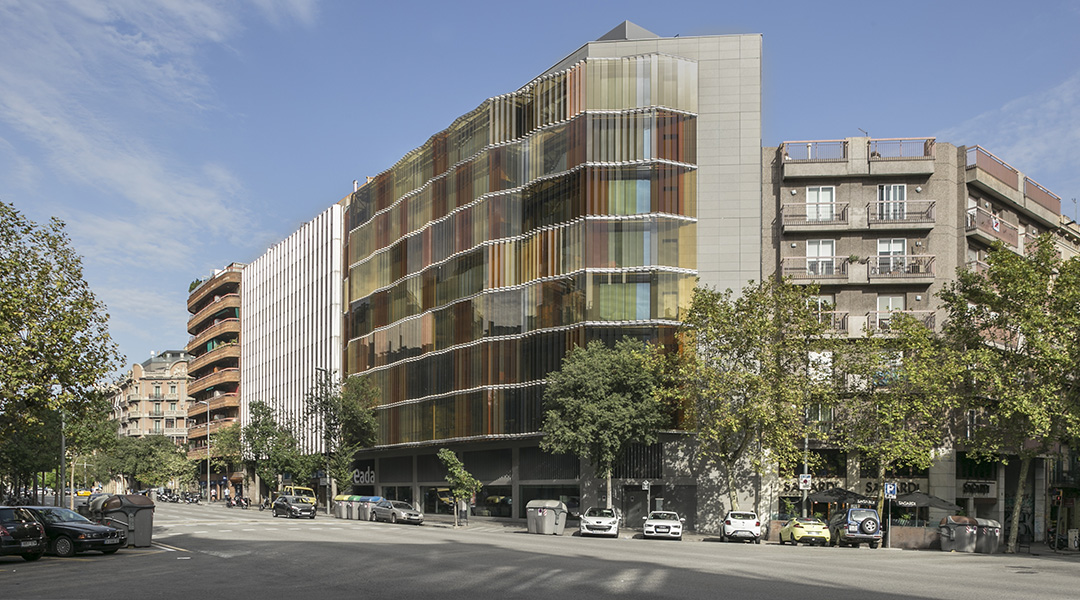 The initial assignment of the project arises from the need to reform the image and accessibility of the existing school.

Initially the action fronts were two: The first, the reform of the hall of access and the second one the study of improvement of the façade and the current distribution.

During the school’s distribution improvement study, it was detected that the conditions and the image of the building did not correspond to the image that the school projected locally and internationally, so we decided to create a plan for Global action by phases to fully reform the building.

The plot is located on a consolidated urban floor and has a trapezoidal shape with rectangular and outstretched proportions.

The existing building is PB + 8 with a mezzanine connected to the Ground Floor and two basements.
The main facades are oriented to the Northwest and the West while the south facing facade is considered as a part of the middle.

The final project organizes the different uses of the building in a more rational way, based on the functionality, and in turn improve the location and the users routes. With this intention the uses have been divided as follows:

The distribution of the type plant is based on a corridor situated in the south middle wall, with the communication stairs situated on the extremes and the panoramic elevators in the center of the corridor. All the classrooms and study rooms have principal façade.