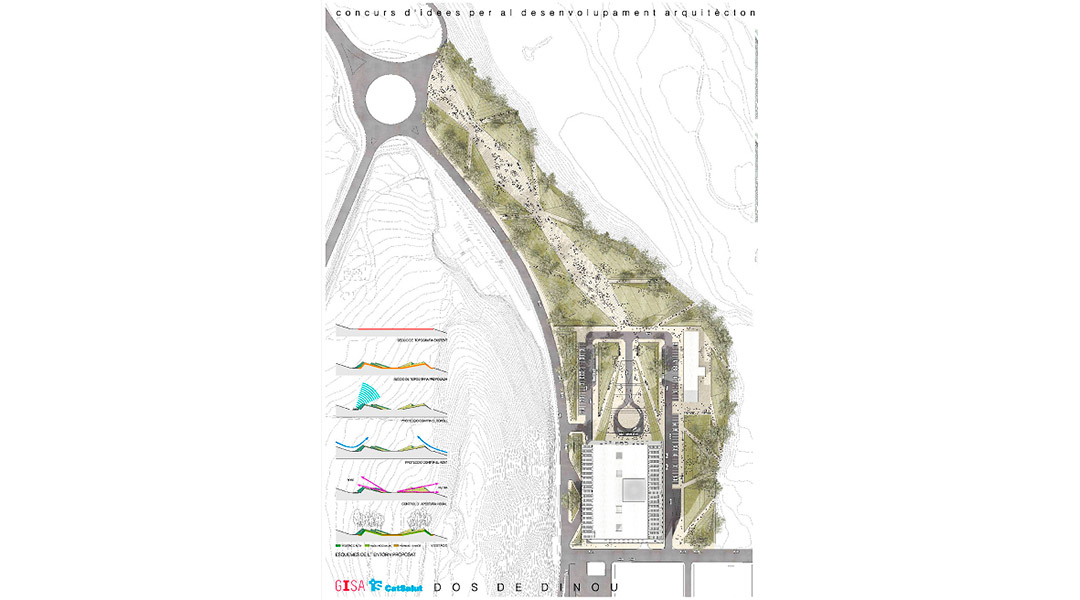 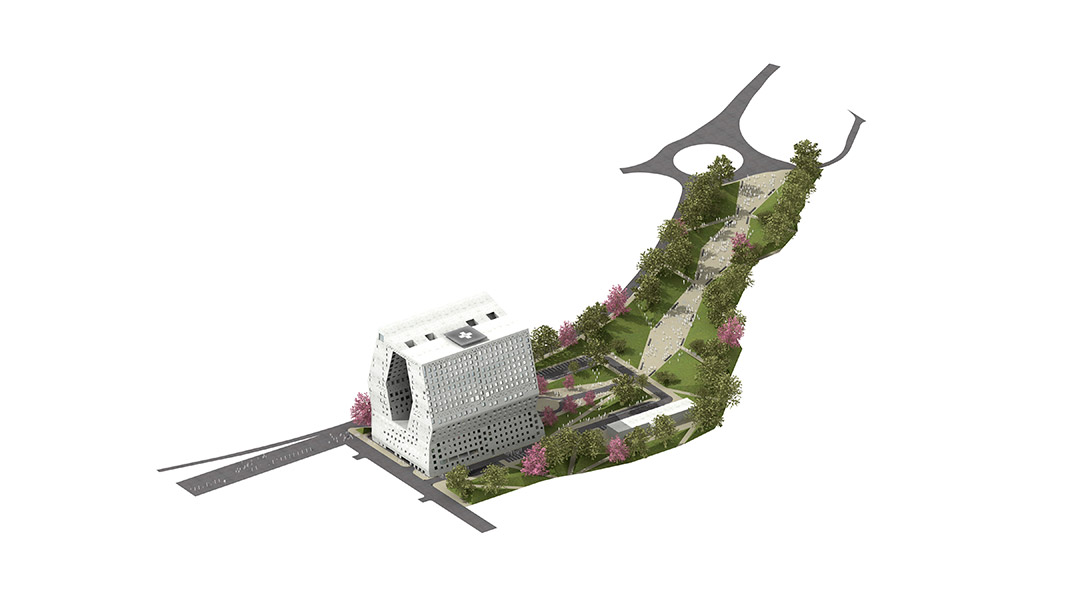 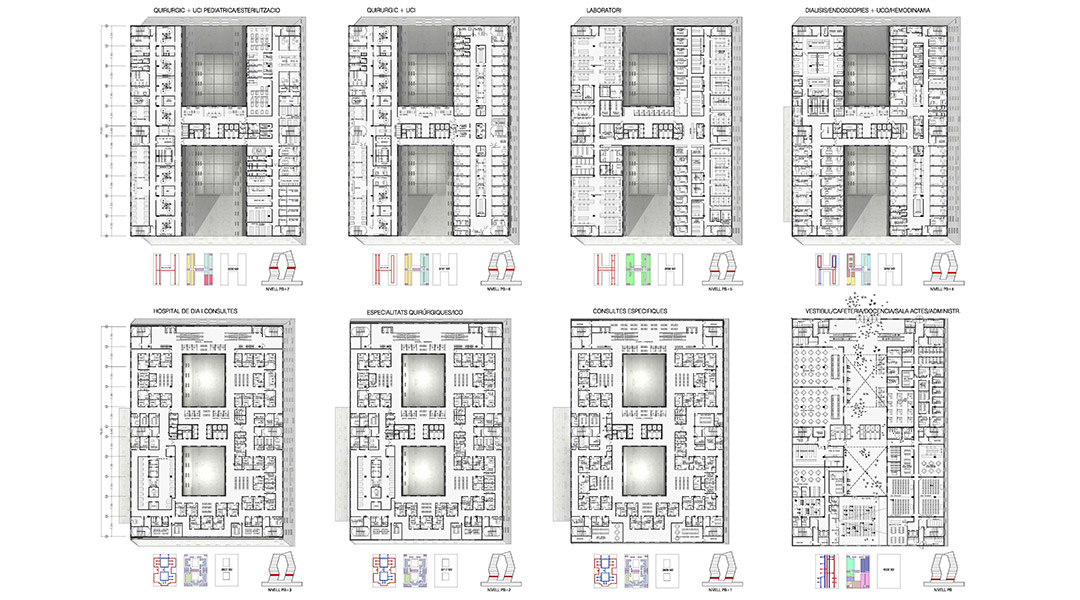 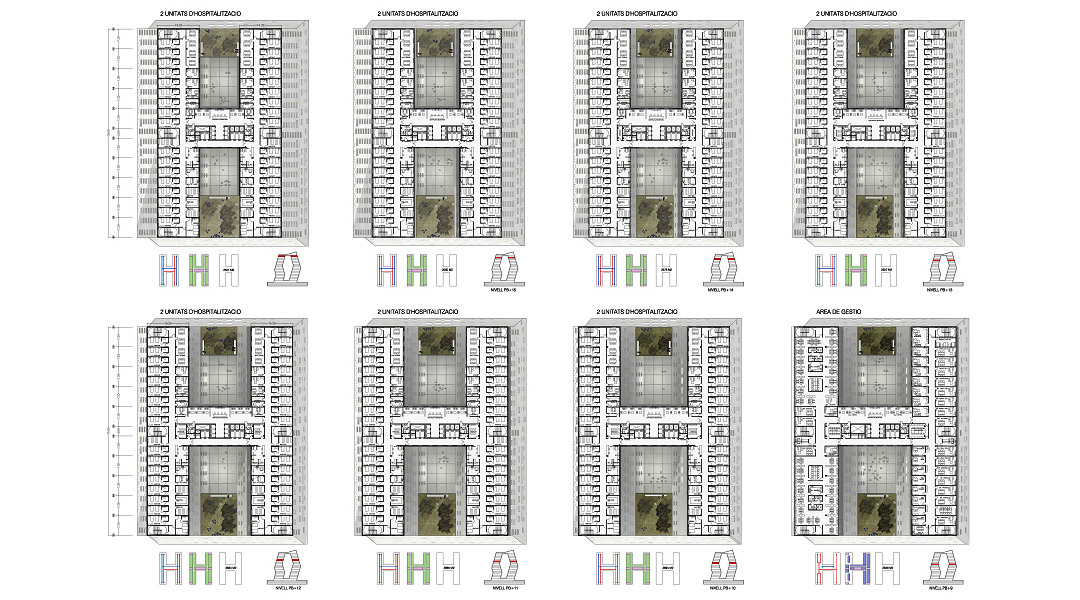 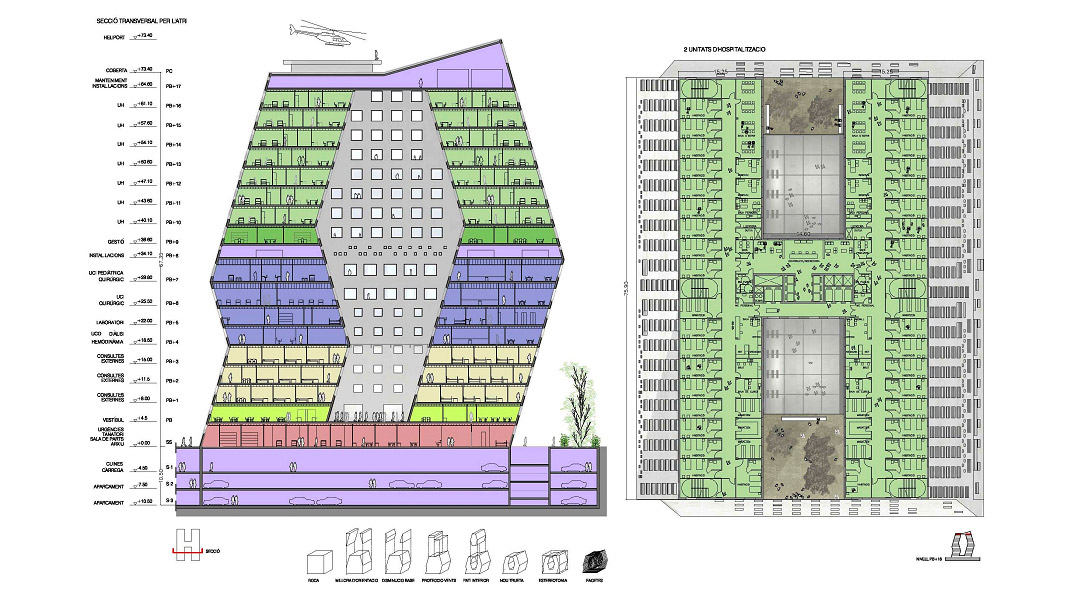 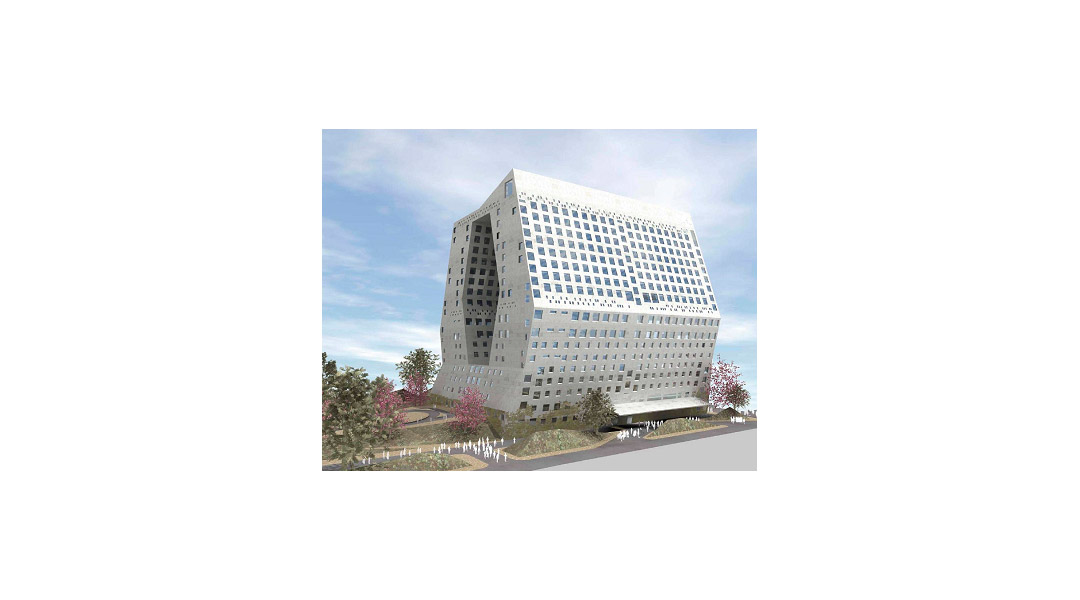 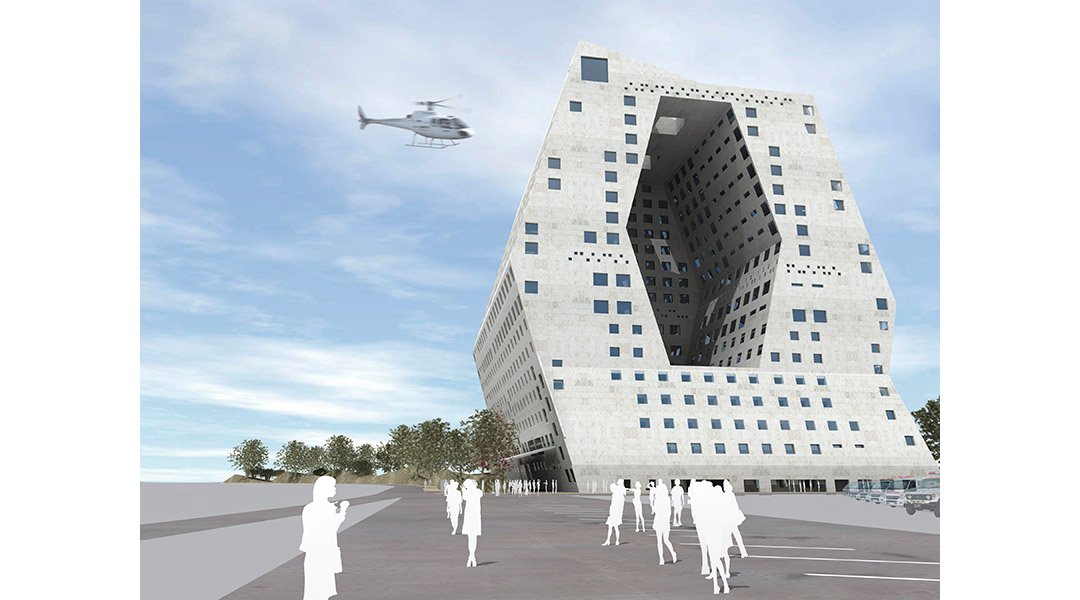 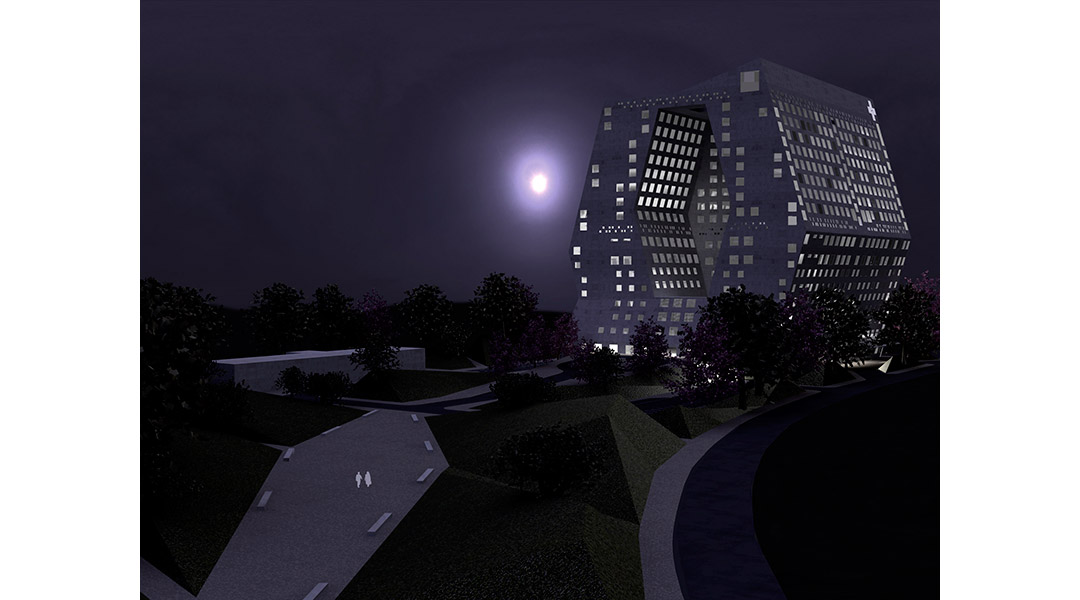 The project aims to exploit the full potential of the monumental scale of this institution, and even functional determination as a powerful source of iconography. The referral hospital condition also implies a presence on the horizon that manifests a certain independence from the city. An image that is imposed on the landscape similar to how they do the ancient monasteries. In this sense, we tried to enlarge the section of the building.

The distribution of functions in section concentrates all medical package plants closest to the ground, in order to enhance public contact with equipment such as emergency and outpatient flow requiring intense public. Inpatient units will be located on the top floors, in two bands, one facing east and the other west, to ensure exposure to the sun of all rooms. Both wings of the hospital units are joined in a central bay concentrating vertical transport system, concentrating the maximum in order to reduce waiting times to a minimum.

Both wings hospital closed at the top by a plant facility that unites at its upper part, covering two major outer courts. The section produced and their location on the plot would, if necessary, to continue the same section northward to increase the ability of the hospital.