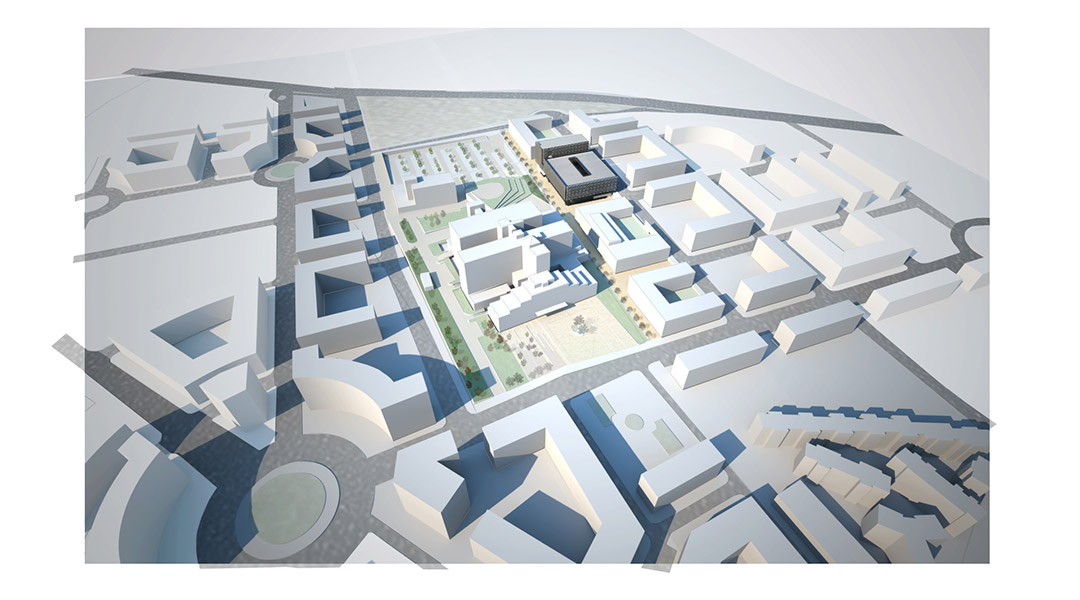 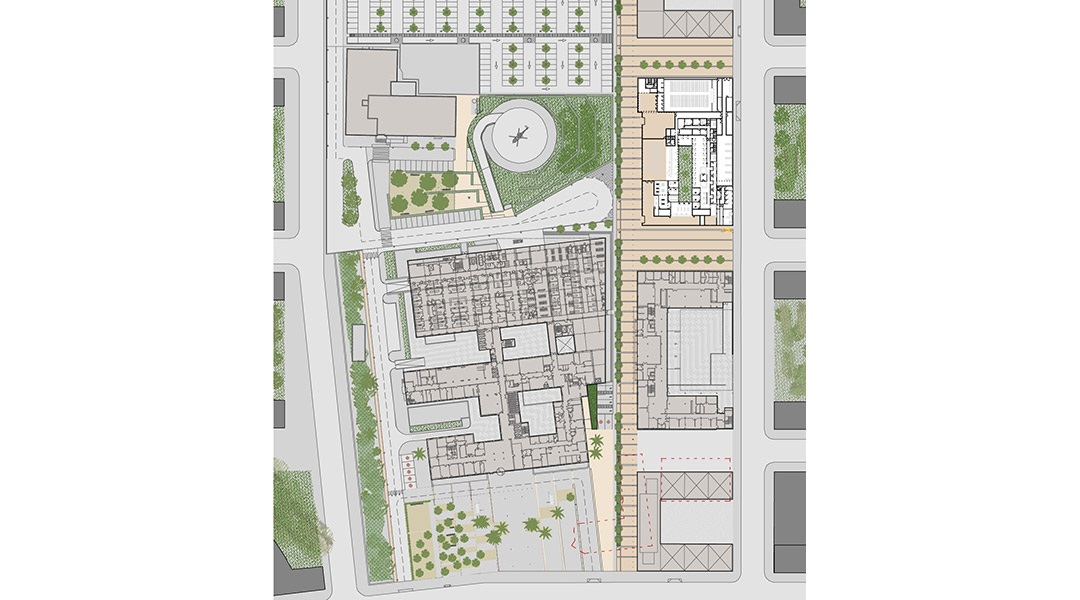 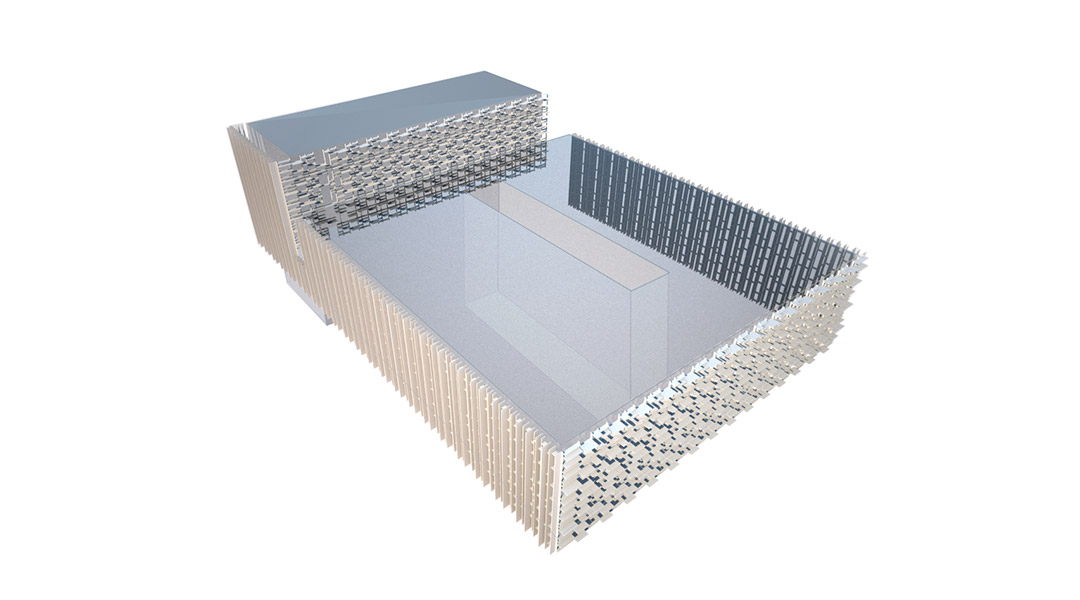 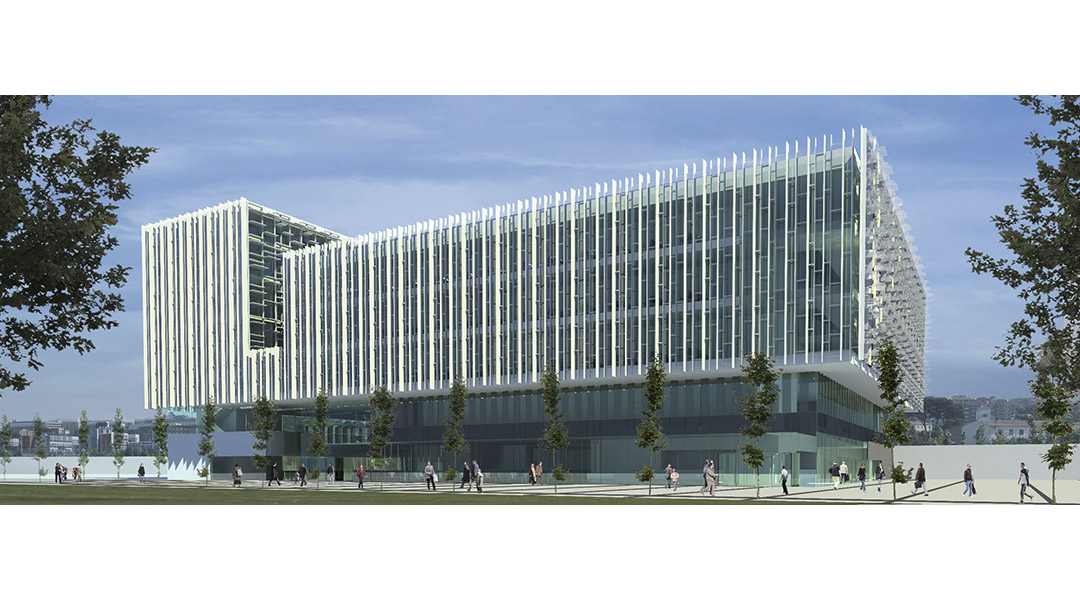 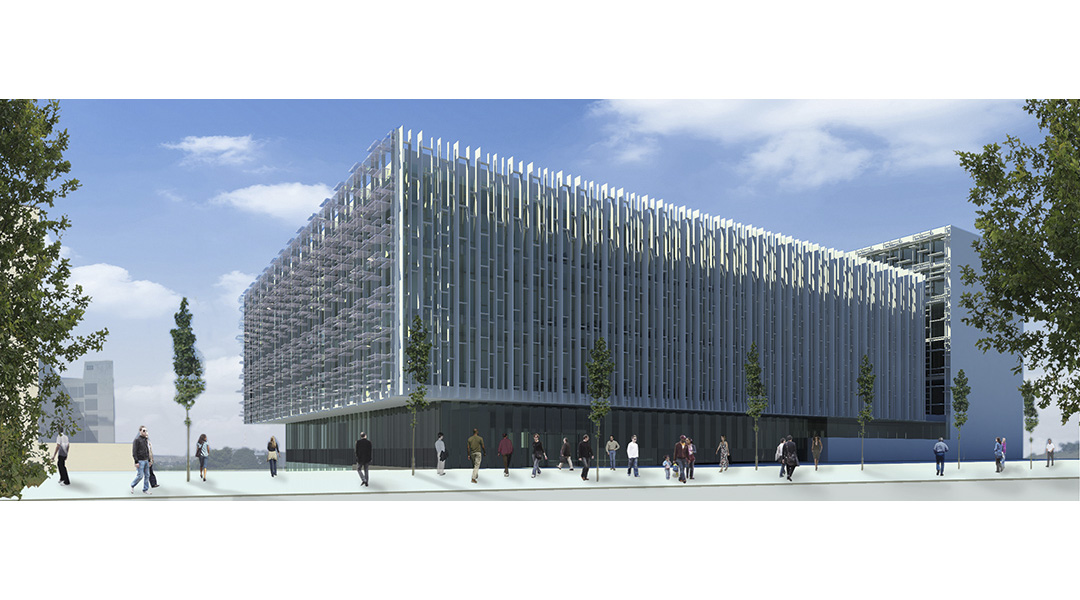 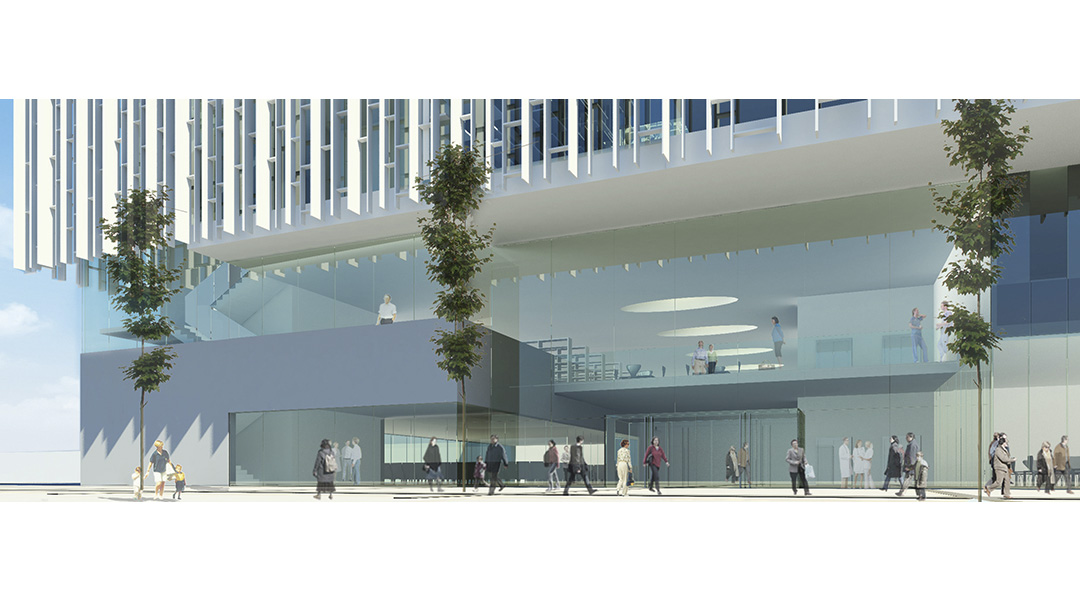 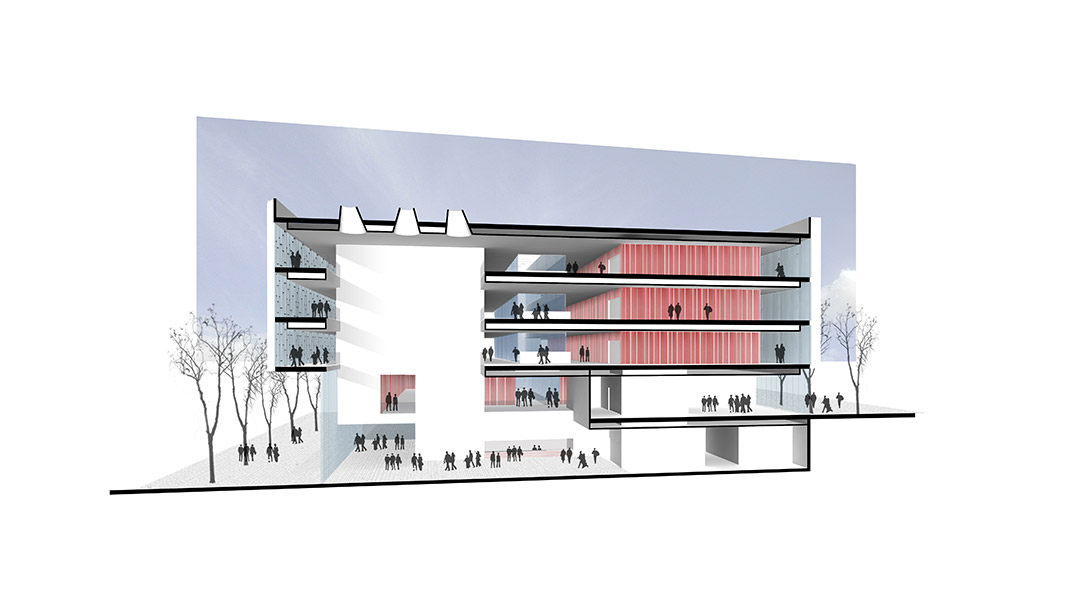 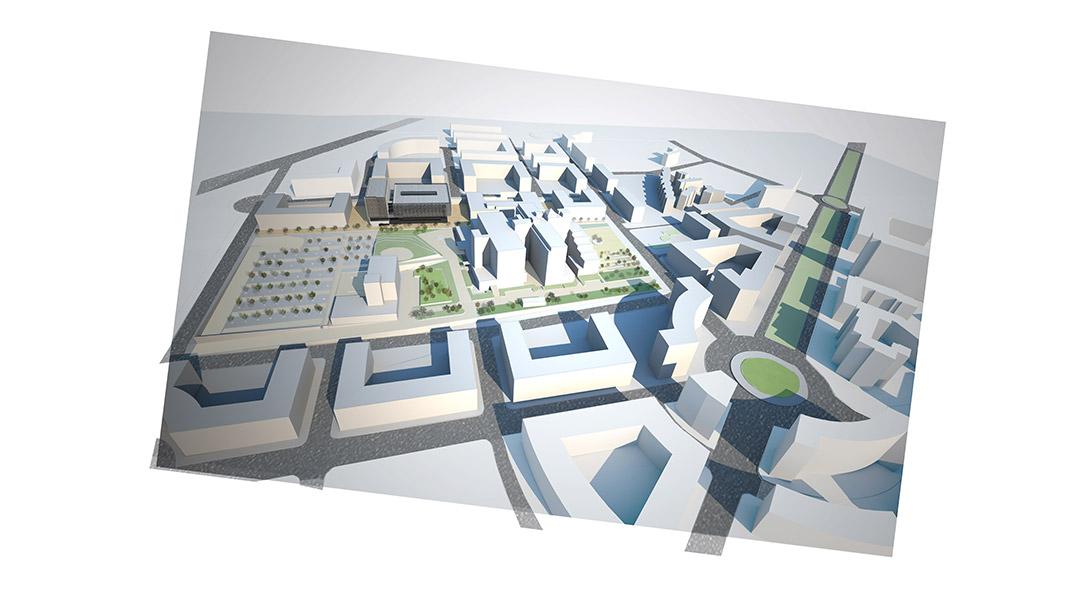 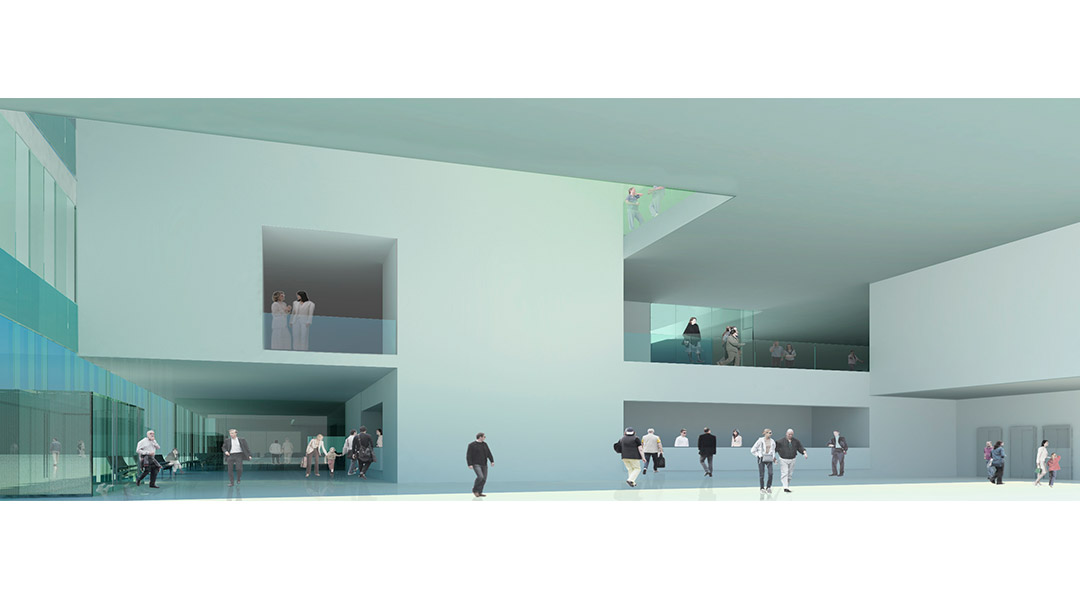 This proposal is located within the current Joan XXIII Hospital campus, on the east side and facing the future indoor promenade semi – pedestrian upcoming construction. The overall geometric surround set is comprised of two sections separated by a space as a courtyard, with the first two plants common to the whole. The courtyard referenced and the patio incorporated into the second block, allow the opening of the various services.

The volumes fit well formed, the highest, the defined program areas of auditorium, library, two floors of teaching and research over two levels, and the second, on the ground floor by the cafeteria, CCEE admissions, hemodialysis and basis of SEM, the first floor for CAP reserve space and three levels for the entire development of the CCEE.

It has endowed a common set of external host, as a large marquee that extends from the ground floor block access to teaching and research to the CCEE access, but within defined spatial structures itineraries and distinct checkpoints. The general cafeteria is located in the middle of these two inputs, the promenade offering semi – pedestrian and incorporating light and transparency from the inner courtyards. The building is offered as a place to stay in the first two levels, open to the promenade.