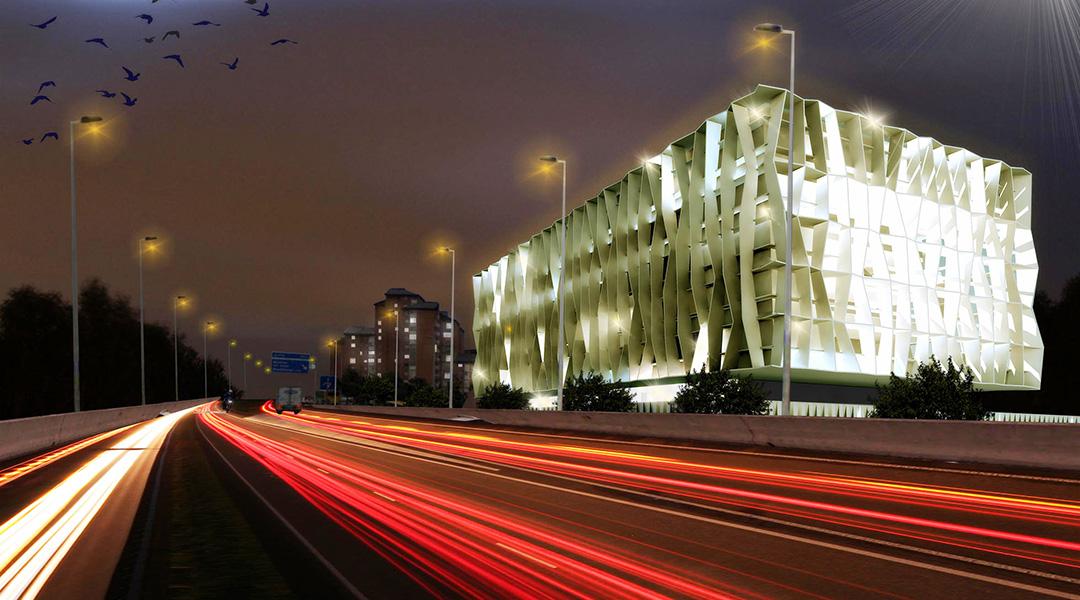 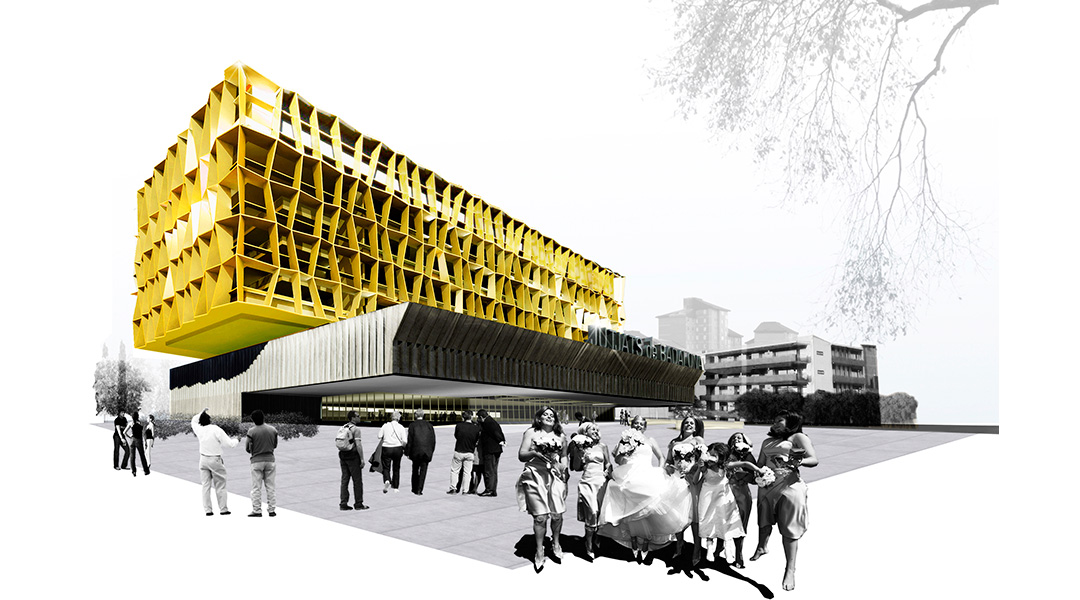 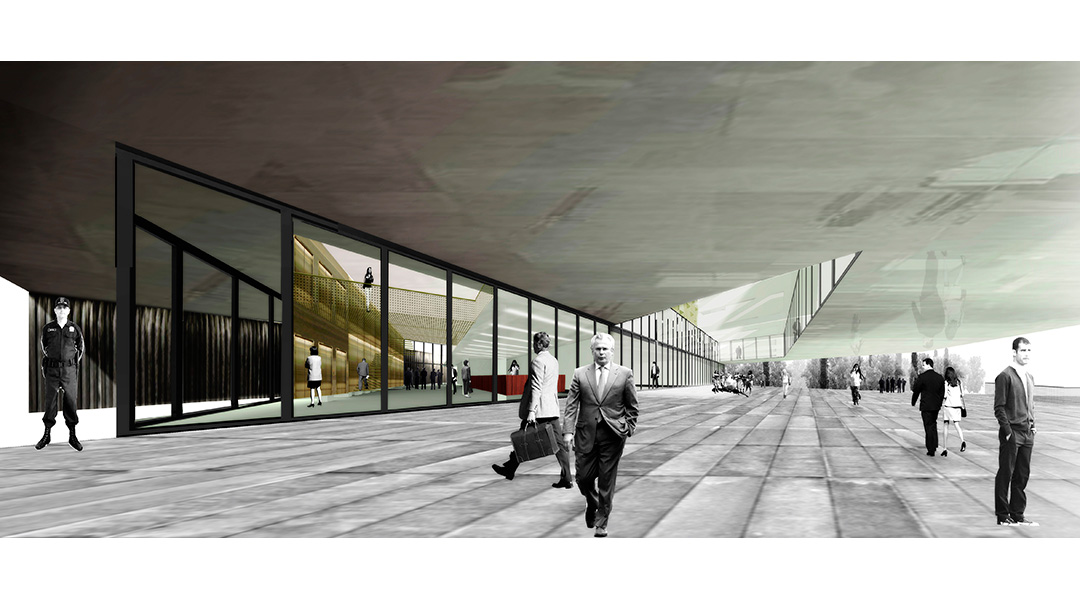 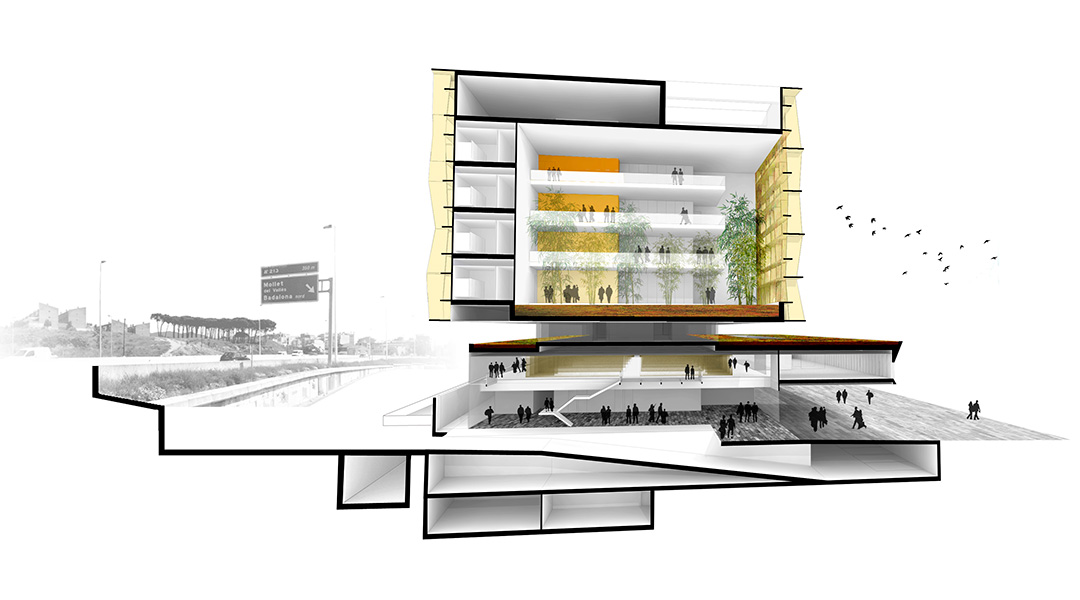 The proposed architecture takes as its main objective the cohesion and dialogue versus the environment of this part of the city and in particular that will shape the future shopping center and the courthouse. The architecture thus articulates since its first formulation volumetric to reference urban spaces. These public areas are undoubtedly the epicenter of this new central sector that will provide continuity and relevance to the axes that articulate the urban design of Badalona.

As an alternative to a tall building, it is proposed a horizontal building as a container for maximum flexibility in the distribution of space, important requirement in this type of judicial facilities. This volume exhausted the possibilities of the site occupancy allowing eight judicial offices per floor and therefore a greater impact on the economy of the circulation spaces. This together with the reduction in the lower floors distributive allows, not beyond the established floor area above ground, creating a space booking at level 5, enabled future expansion.

As a result of analysis and study of the volumes resulting from several points of view, the building is arranged longitudinally, one of the predominant traces in the landscape of this area, and in the highest point of the site, acting as a backdrop on generated the new square and canceling both the presence of the C-31 expressway. This arrangement frees its four facades of the two buildings neighborhoods nearby.

The great square, leading to upward sloping citizen equipment, is set to continue with the building forming an agora – porch, lit zenith, it becomes a place for meeting, exchange, ceremonies, etc.., defining an urban space to host user and general public use.

A middle floor, above the roof garden floor, left the building like a “suspended” container above the C31 road areas, adding to the urban episodes that Badalona City has generated a throughout this important pathway.