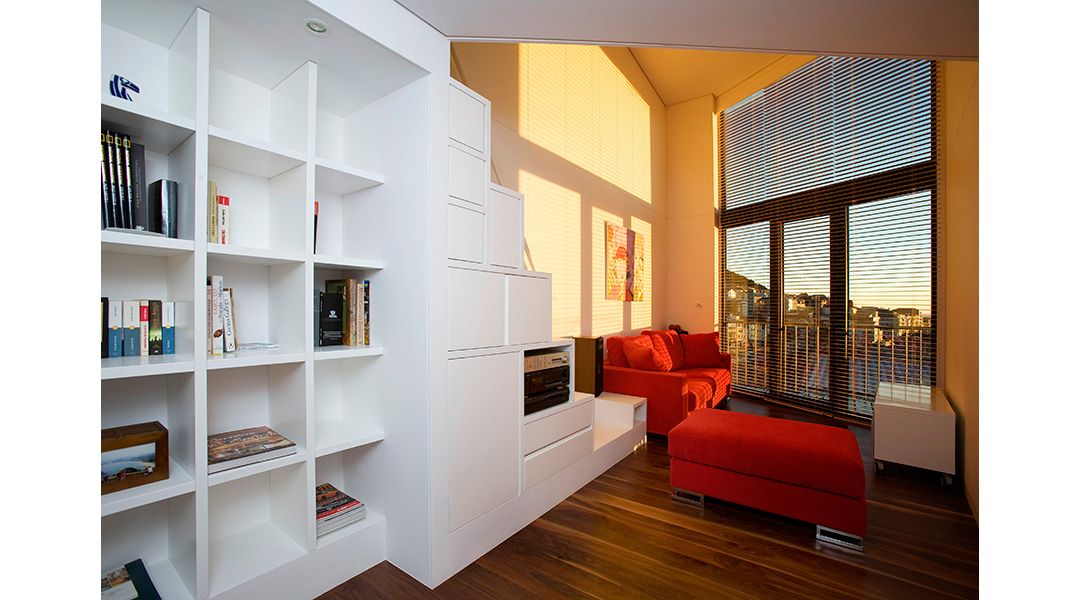 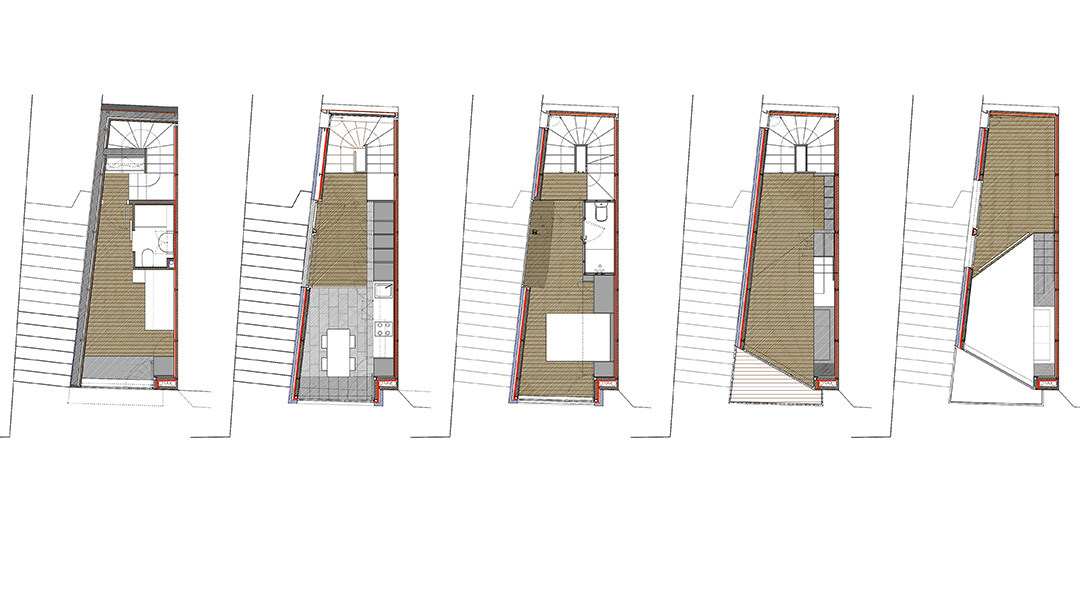 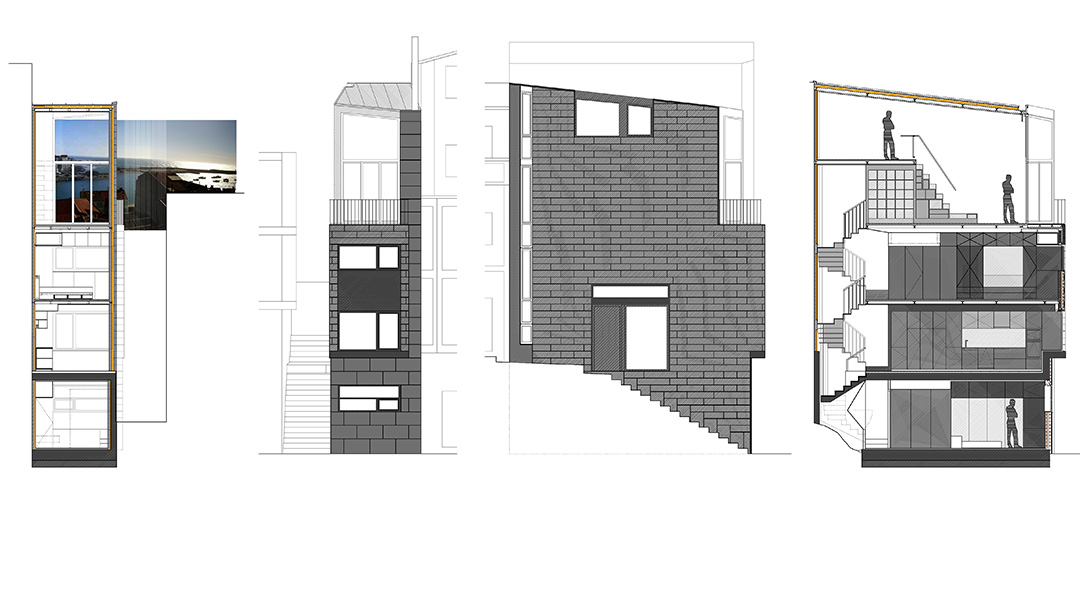 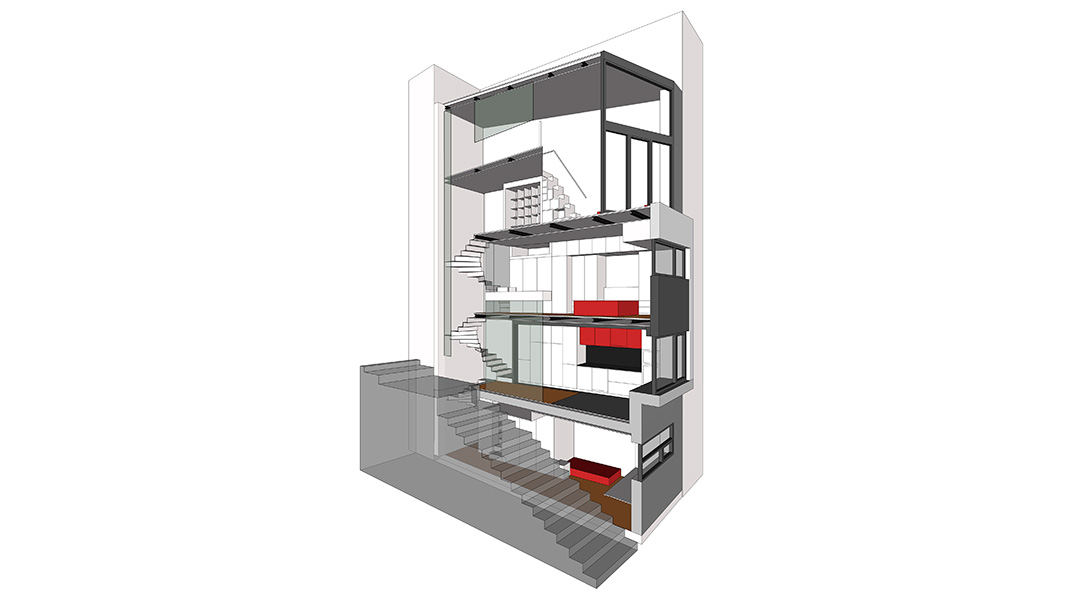 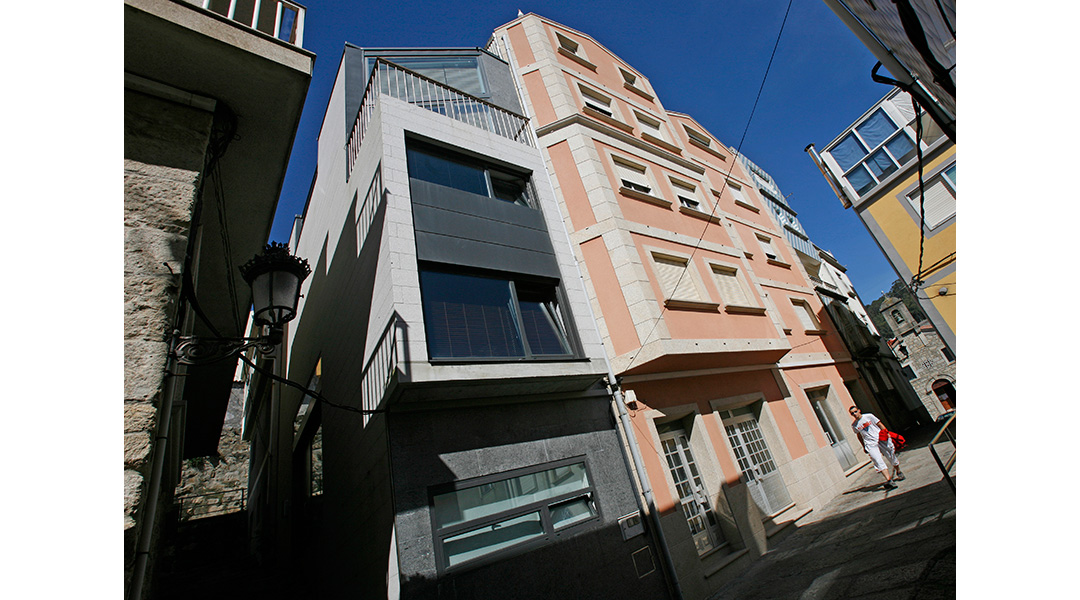 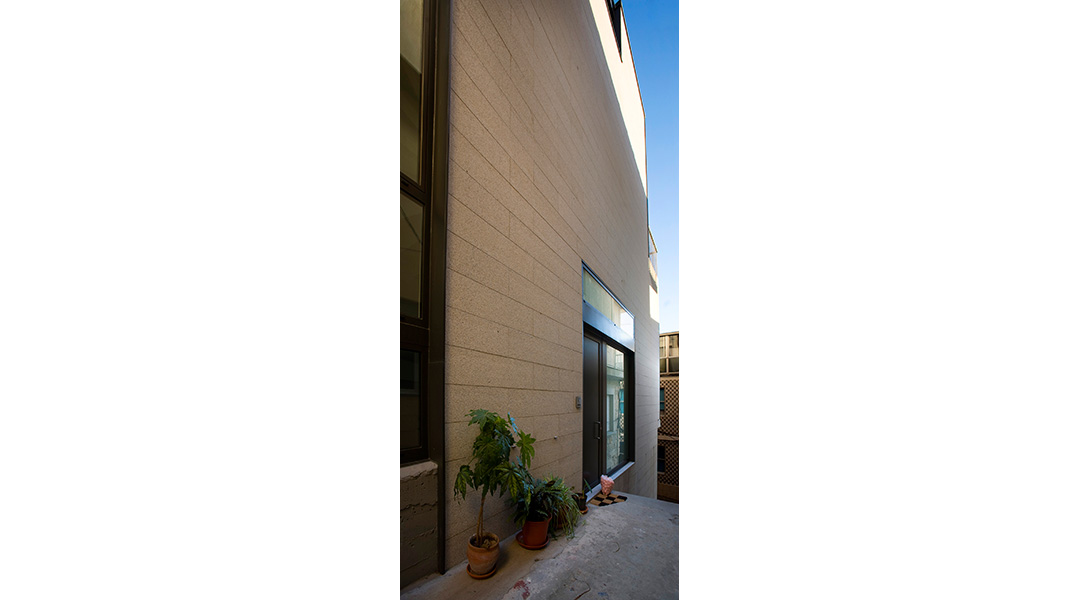 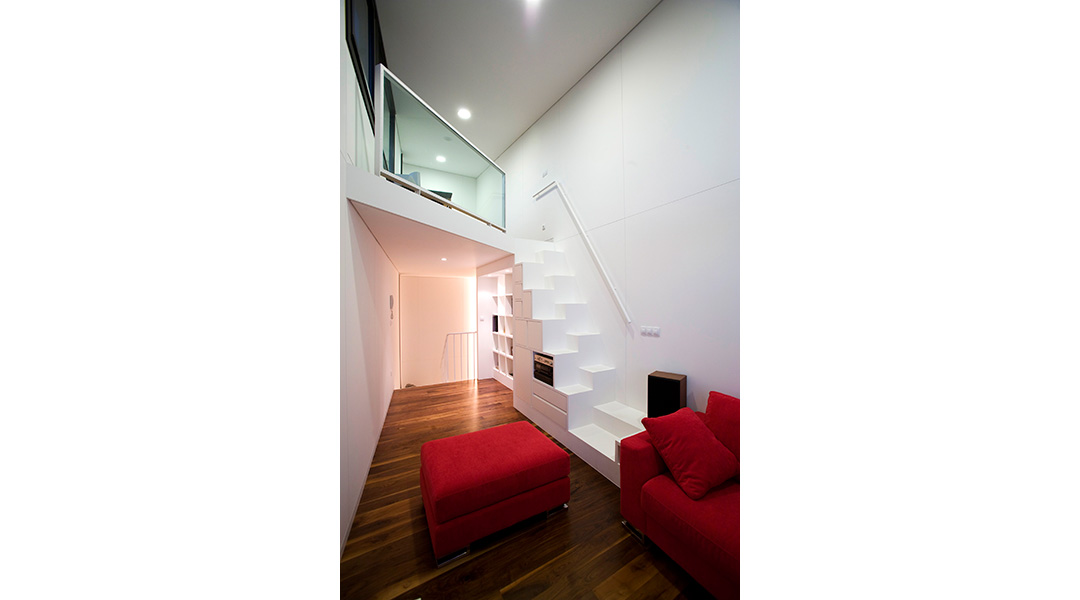 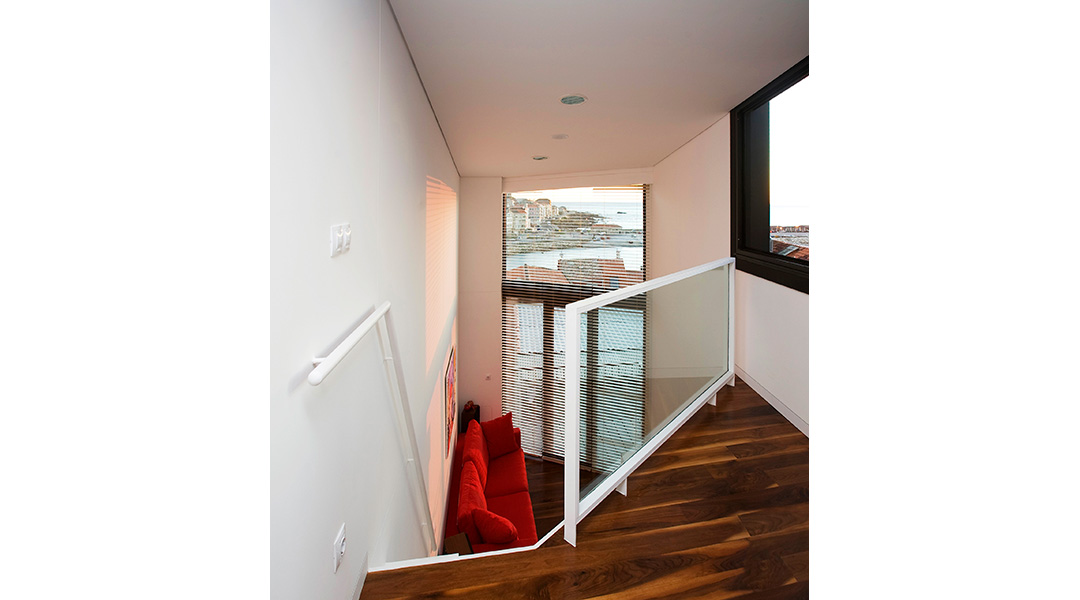 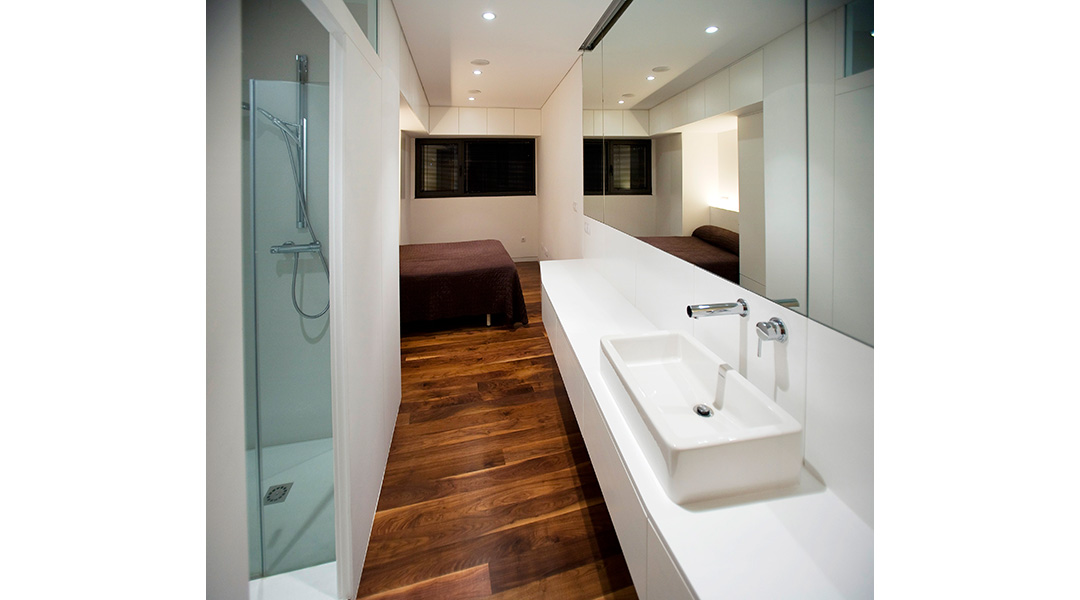 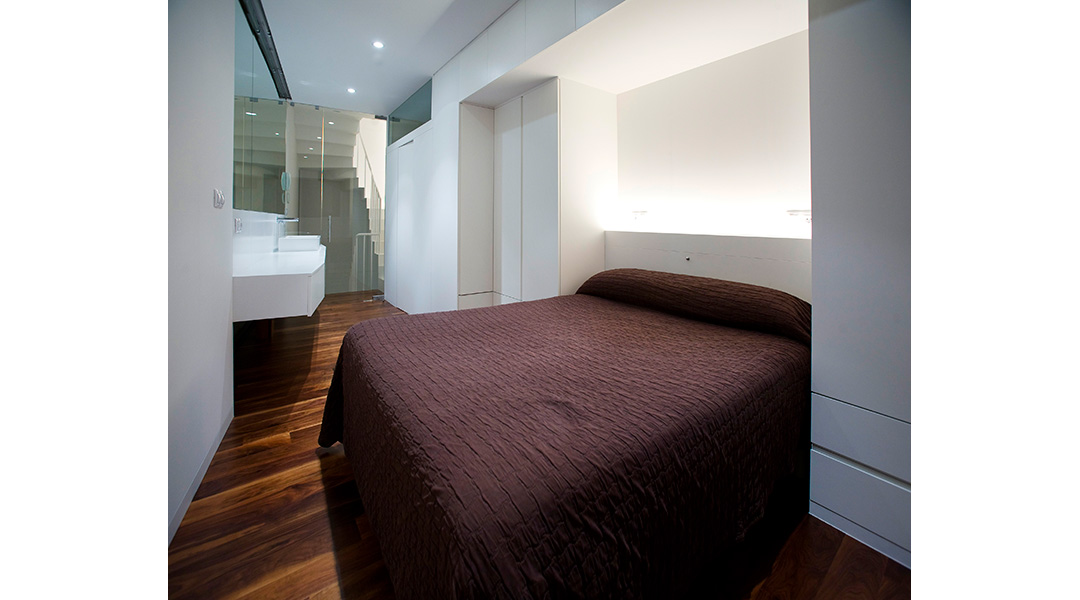 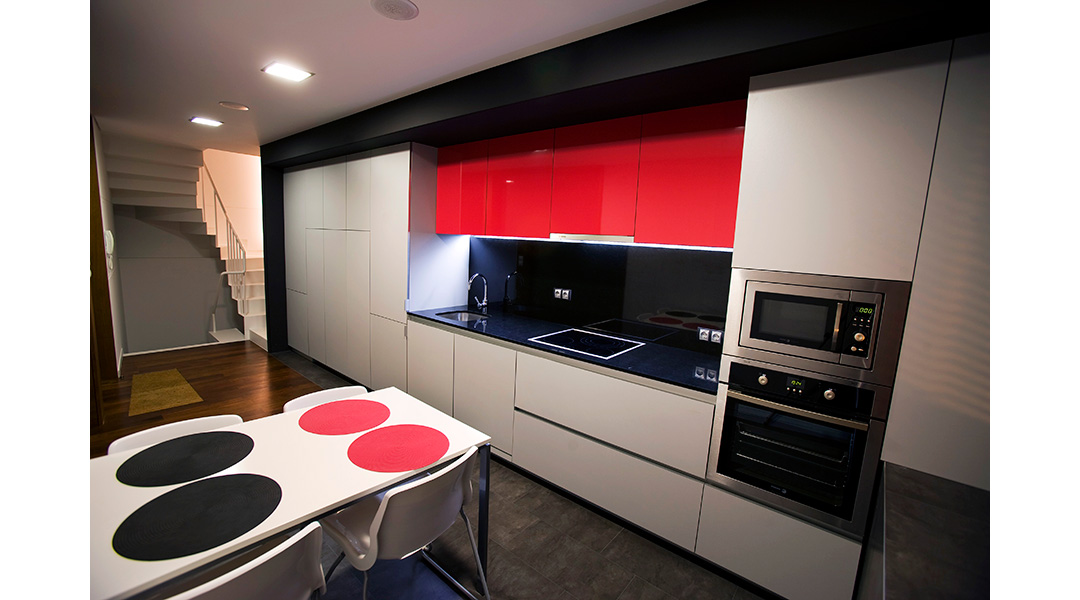 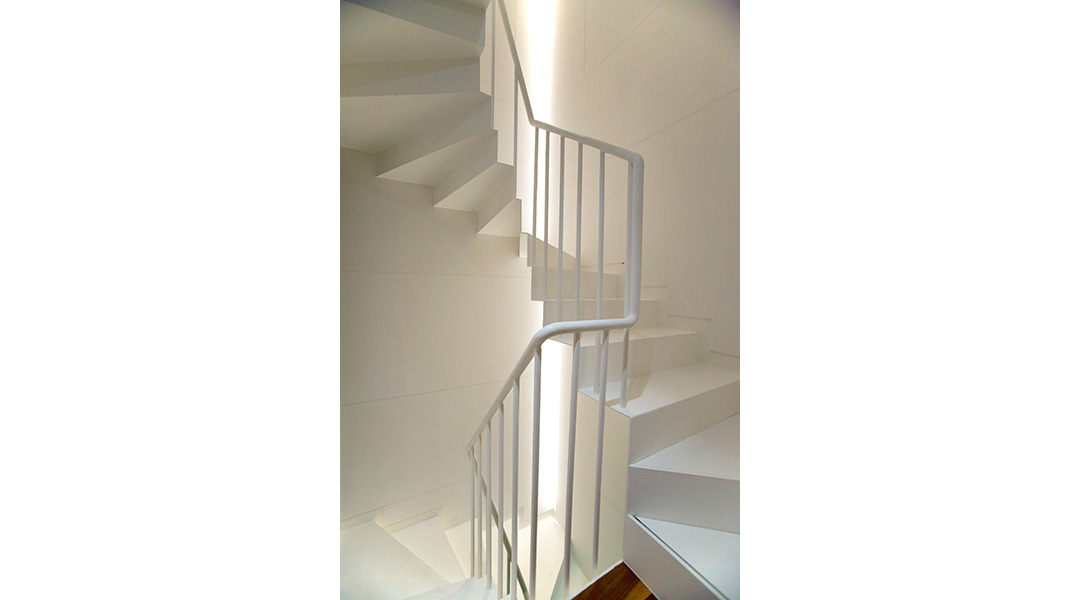 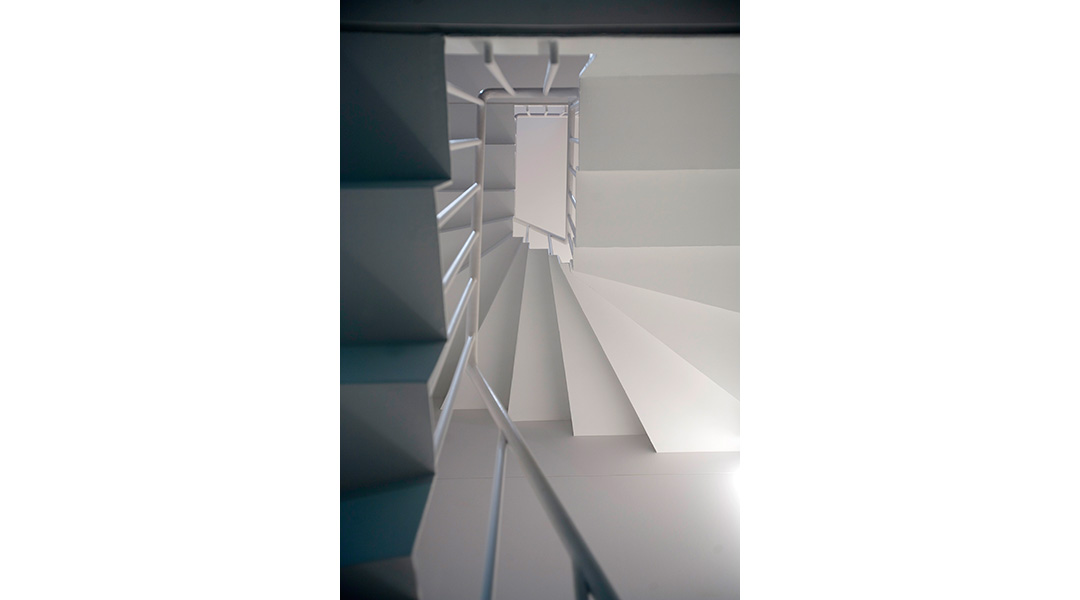 This raises the challenge of solving a program house in a reduced solar surface: 26 m2, in which the ordinance allows reaching a height of four levels and attic. It is a trapezoidal plot located near the Plaza de San Benito, in the center of the town of A Guarda, Pontevedra, bounded by two existing medians of 2.40 m. and 8.96 m. longitude and south and west directions respectively, Hernan Cortes Street and a narrow street in ladder.

On both fronts, the group aims to void a change of scale to offset the sharp vertical component of the volume. On the south side a body on the street flown Hernán Cortés, who singled levels 1 and 2, helps to break up the facade in three different alignments planes taking diversify the relationship with the street. The west front, very close to the building facing, is proposed as a stone wall, in which a hole practice that brings the gateway, a generous amount of light to the hall and kitchen space, and a translucent band slope from the floor of the bedroom. This wall is separated from the adjoining building, providing natural light and ventilation throughout the vertical development of the staircase.

The floor of the living-room, with spectacular views of the Atlantic, as it means a great porch that extends to the outside with a terrace.