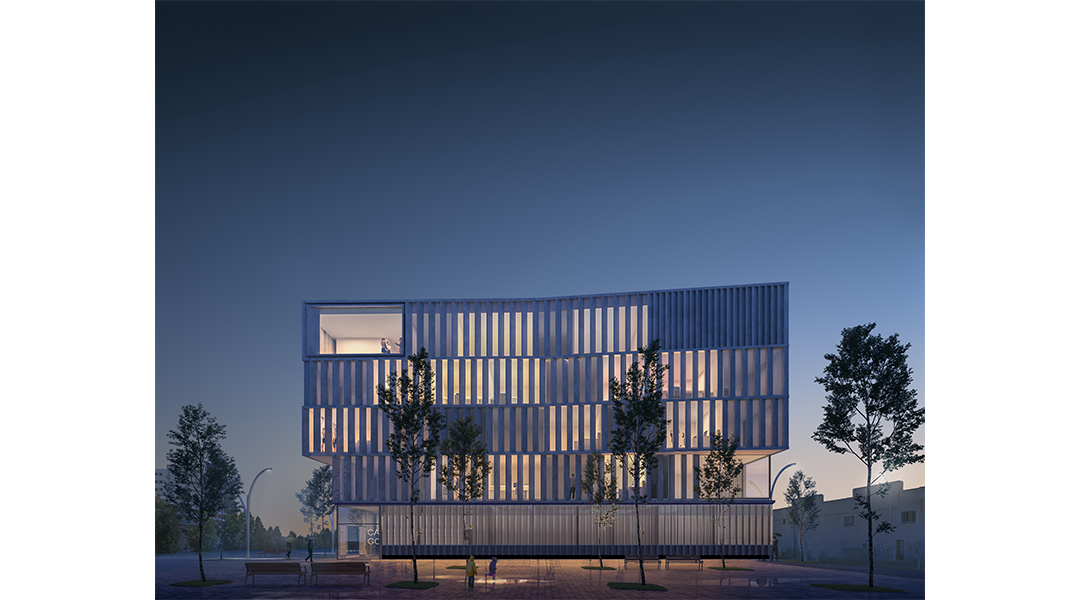 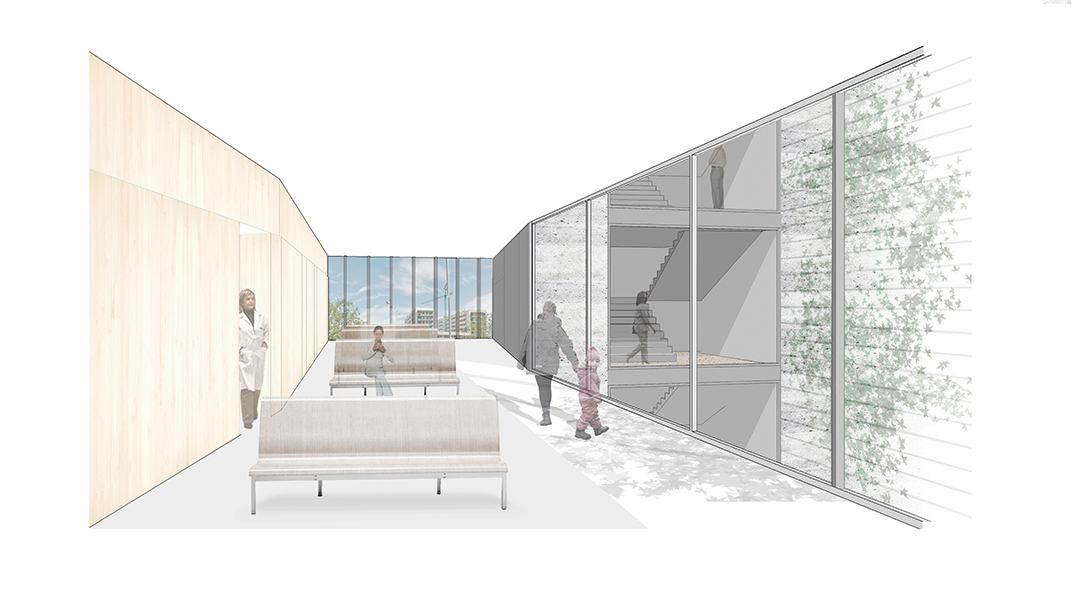 The Gorg Primary Care Center is located at the end and termination of a block of homes located in an urban environment in the process of transformation. This location of the building is strategic since the main facade is located at the beginning of the future “Rambla Gorg”.

The proposed volume shapes a compact and functional sanitary equipment. The formalization of this volumetry is based on the total occupation of the plot, and to introduce light and sunlight into the interior of the building, the volume is emptied, expanding the geometry of the inner courtyard of the block.

The building is articulated around a lobby linked to the outer space from which spaces and flows are organized on all floors. This position allows maximum light and visual permeability to be accessed from outside.

The ground floor is defined by its connection with the public space, housing general access from the central passer-by walk and proposing another direct connection on Antoni Borí street.

The proposed functional scheme is based on the distribution and functional differentiation by plants, so that the public does not access the upper floor for the exclusive use of the center’s staff. In this way the program is hierarchized and access to all spaces is facilitated, not only for external and occasional users, but also for center staff.

The composition of the facade is homogeneous and rhythmic, with slight modifications of the rhythm of the facade elements in relation to the types of interior space, which allows a good adaptation to the environment. The vertical slats that conform it achieve, through their geometry, an optimal protection against sunning.