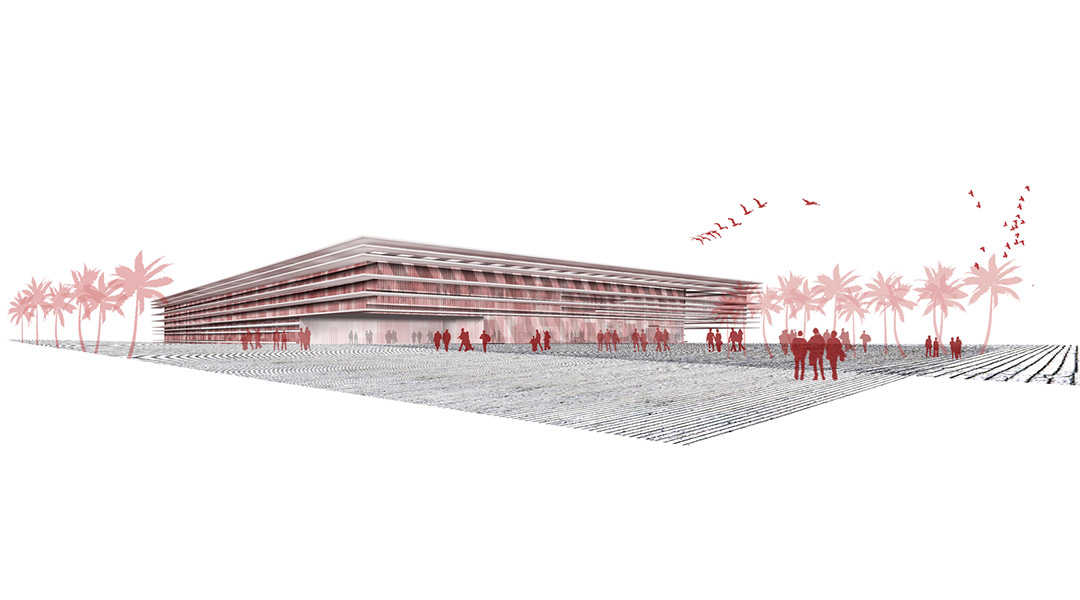 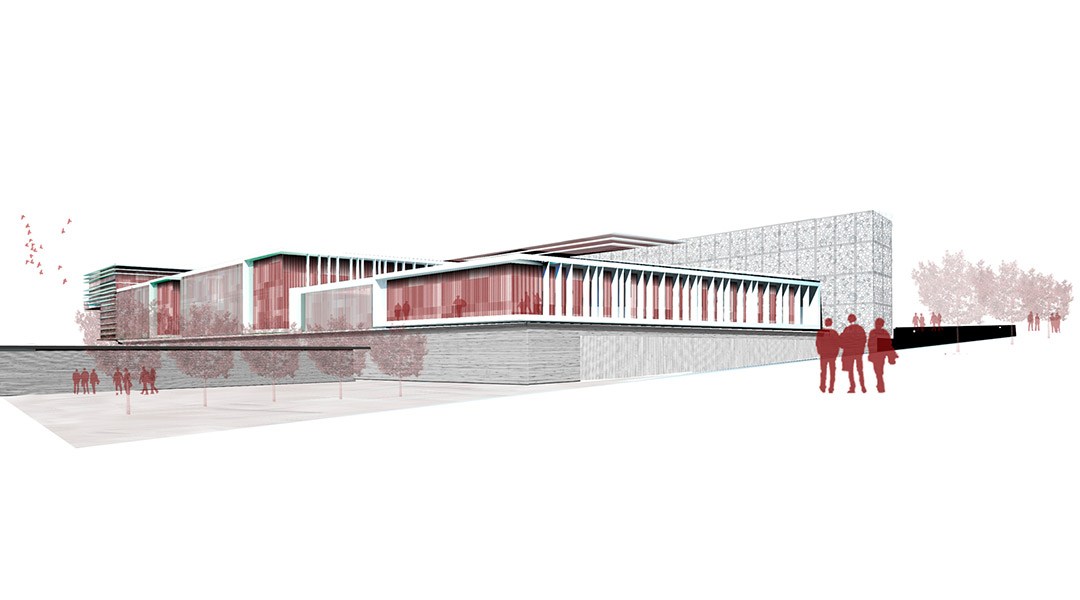 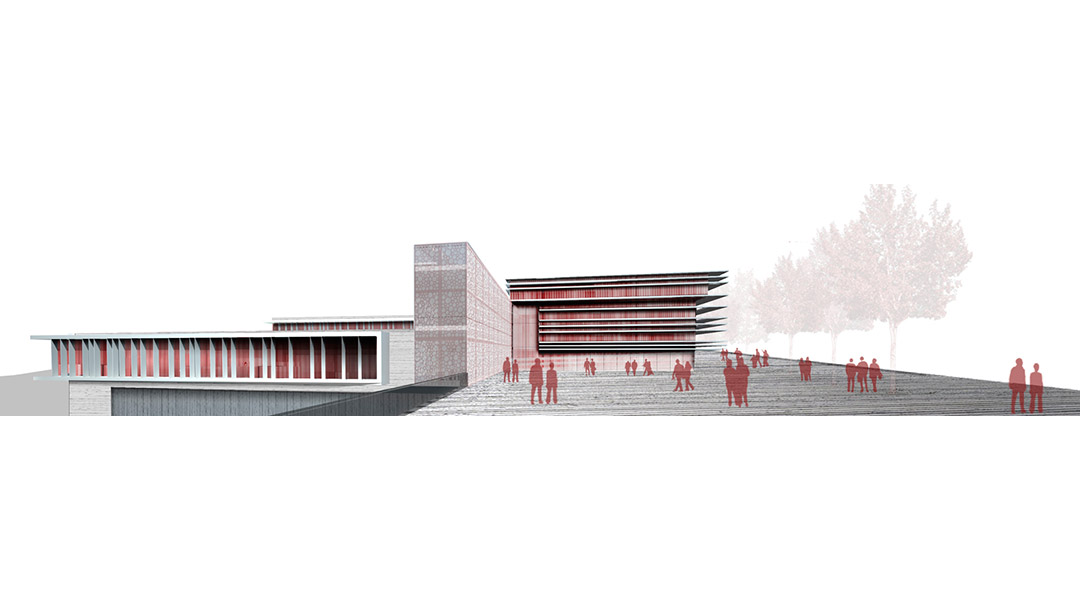 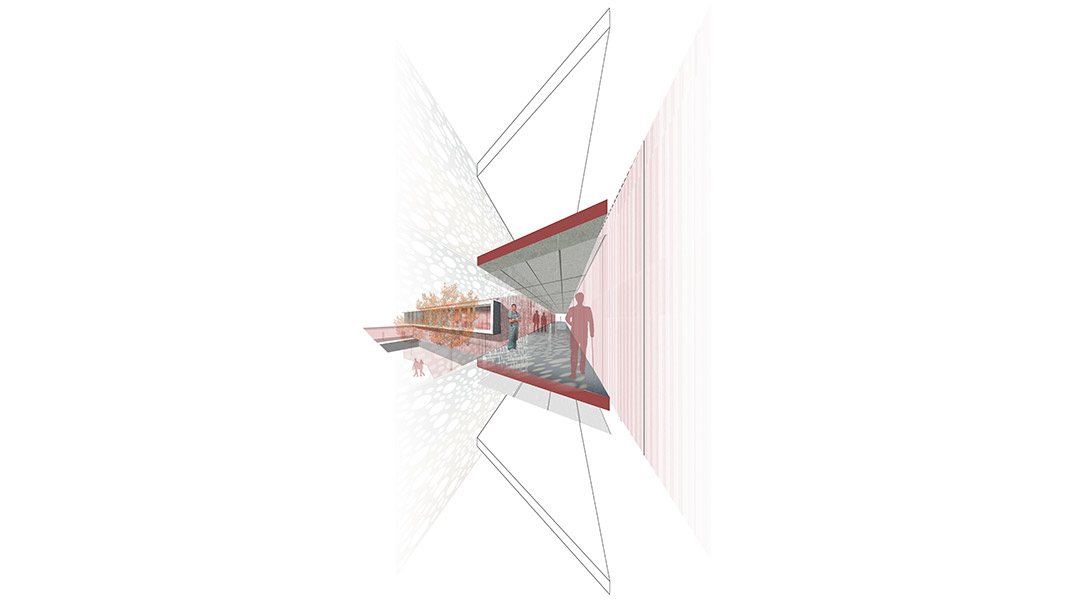 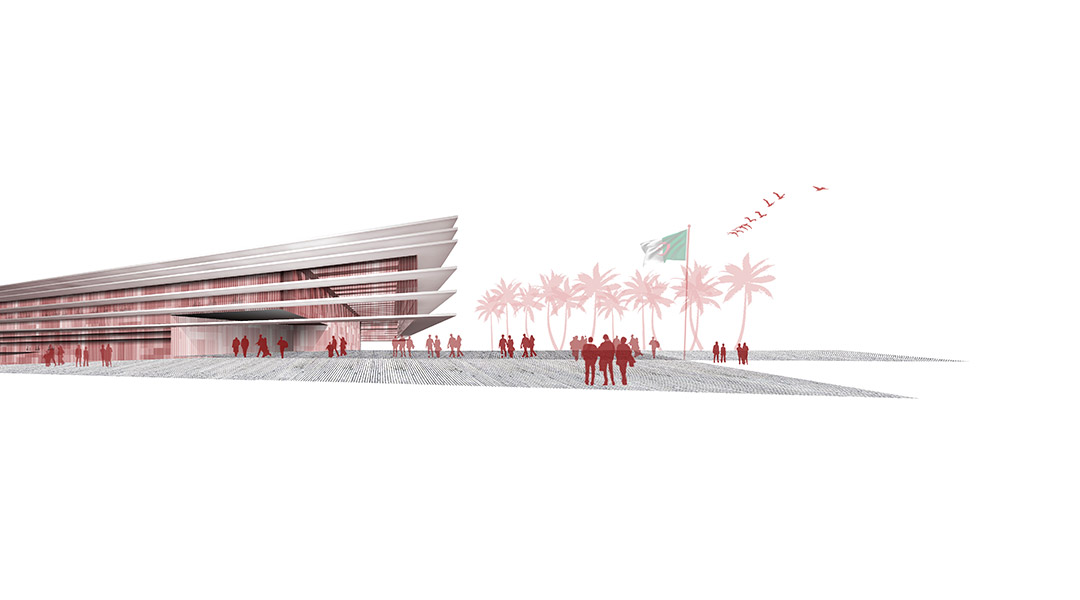 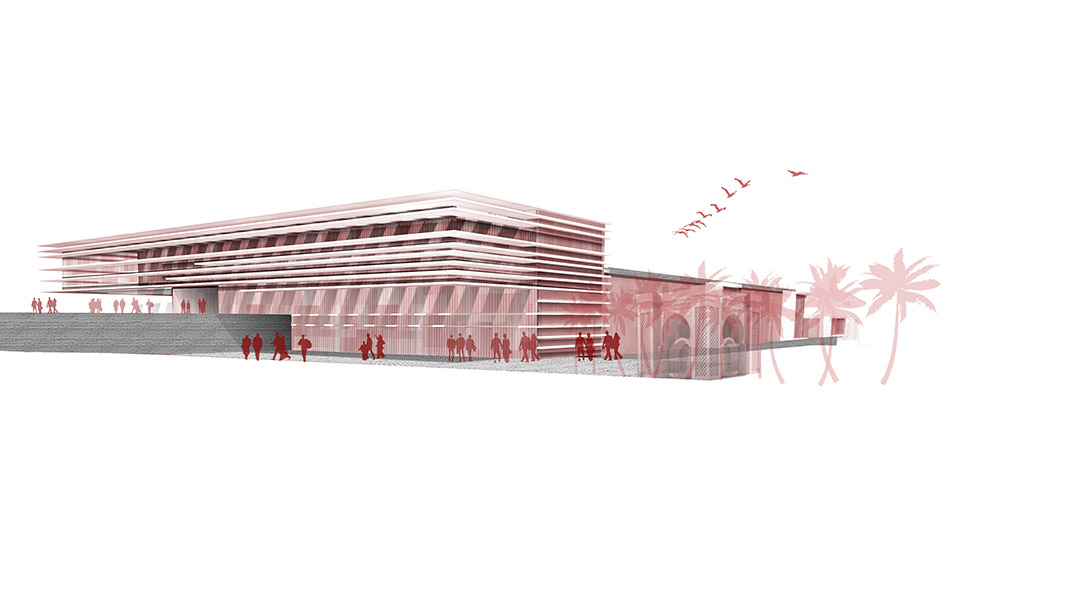 The implementation is the building longitudinal strokes induced modular grid way inherent in the type of this kind of equipment, providing the distributive otherness set substitutability and exchange areas.

The shell is made up of four geometric bodies arranged edificatory westbound in an alternate succession of three courtyards and four bodies, which house three inpatient units and general services. The organizational joint is closed by a fifth body longitudinal program that provides coverage to the previous four, housing the most technologically advanced areas. A corridor runs north communication inpatient units, both ground level and at the level of plant -1, in an itinerary of public character that arises from the connection point in the main lobby.

It has given the whole vestibular space outside, as a large covered porch thus prolonging vestibular into space forming a large meeting area.