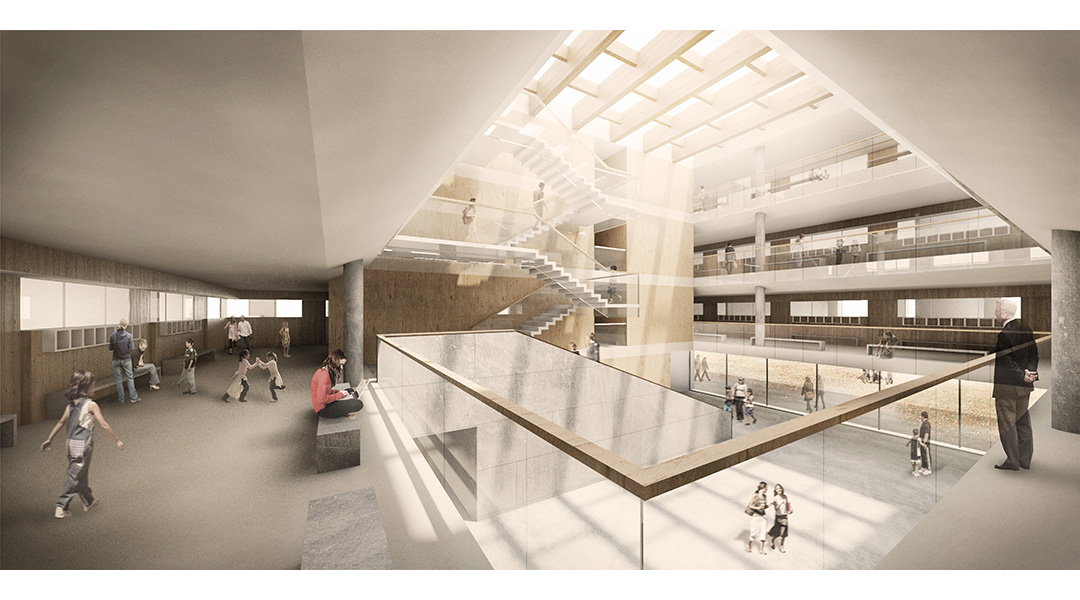 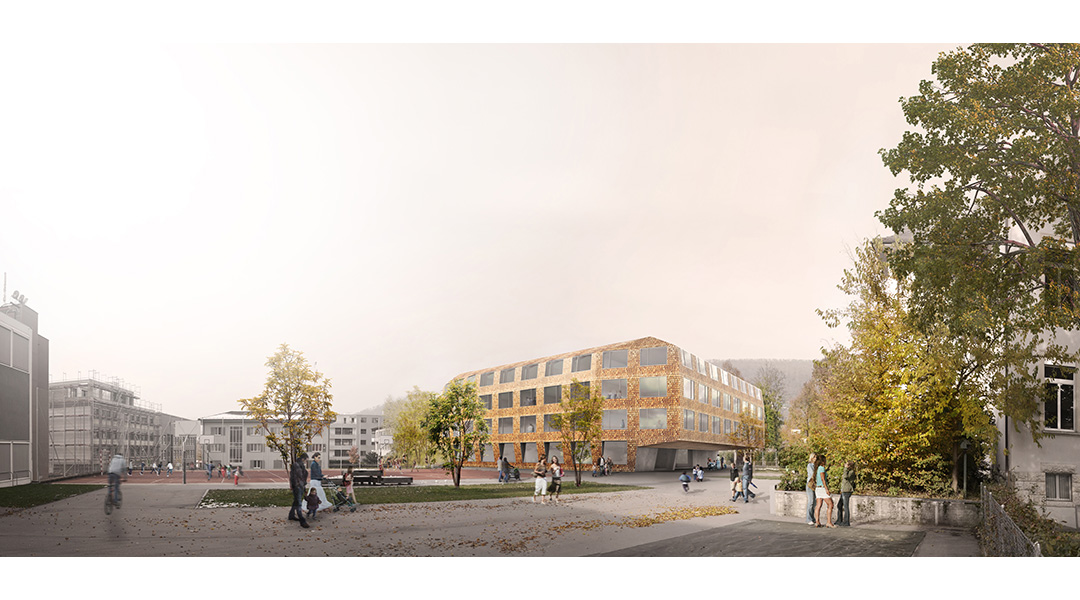 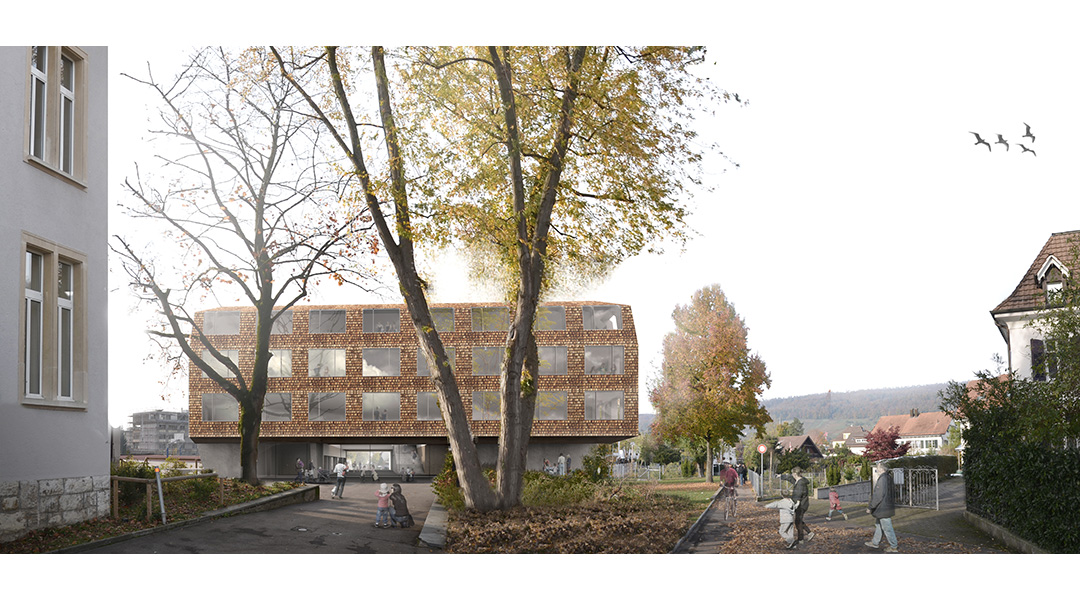 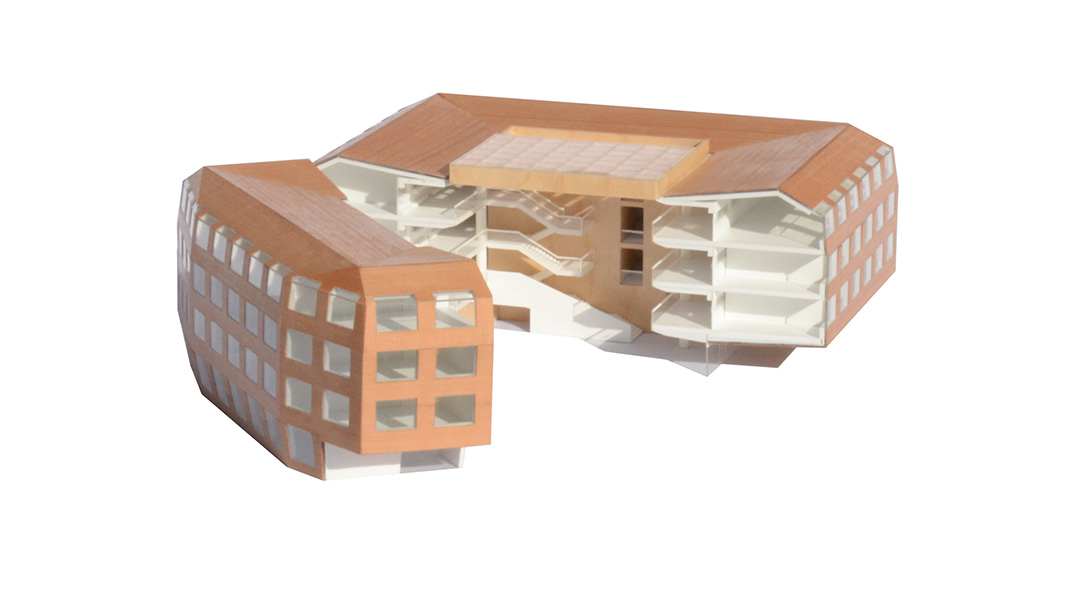 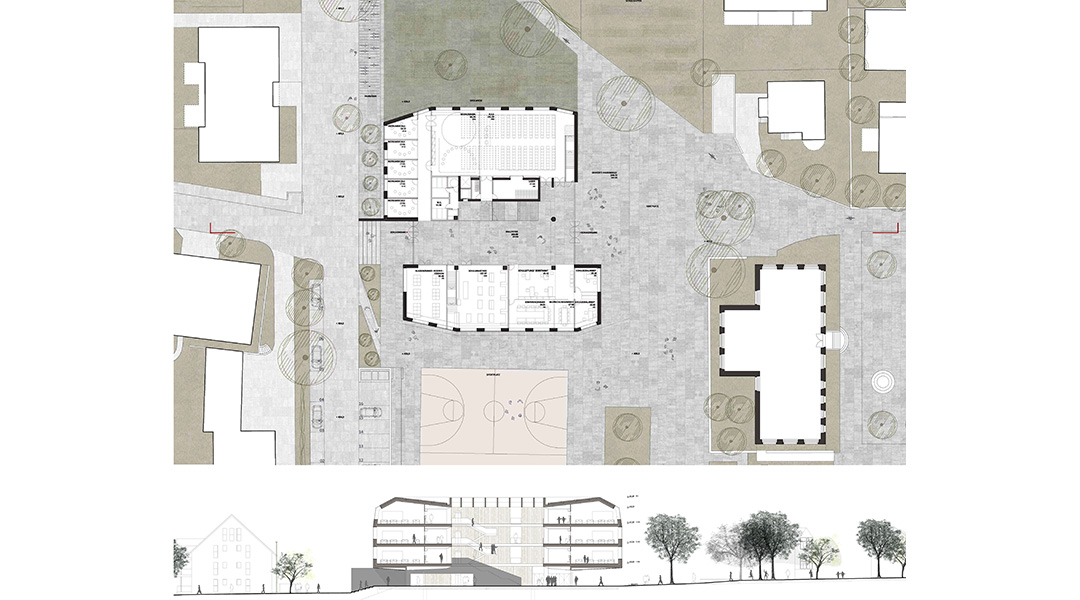 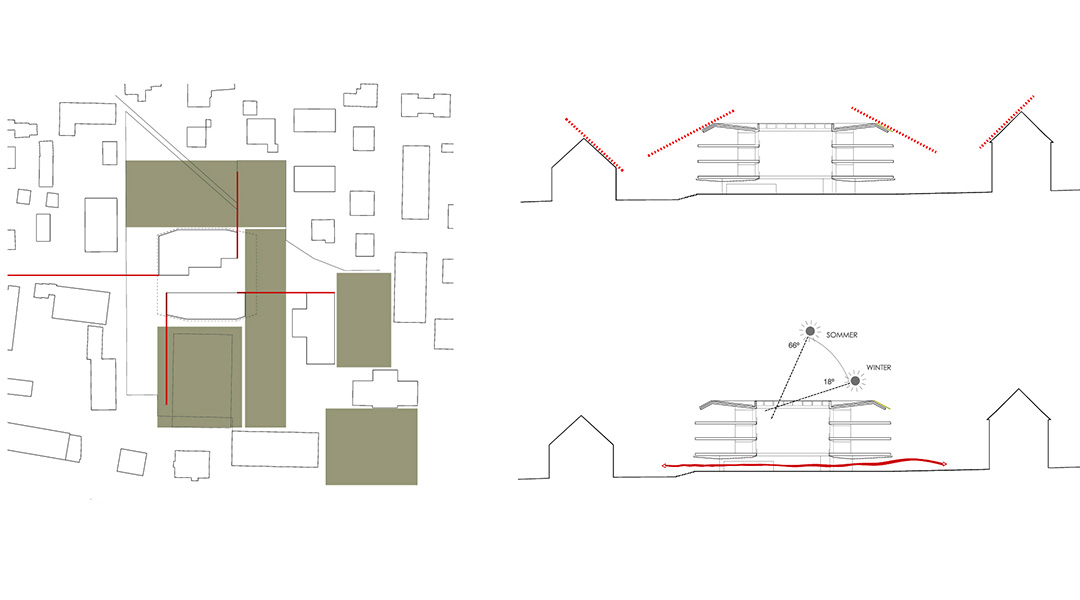 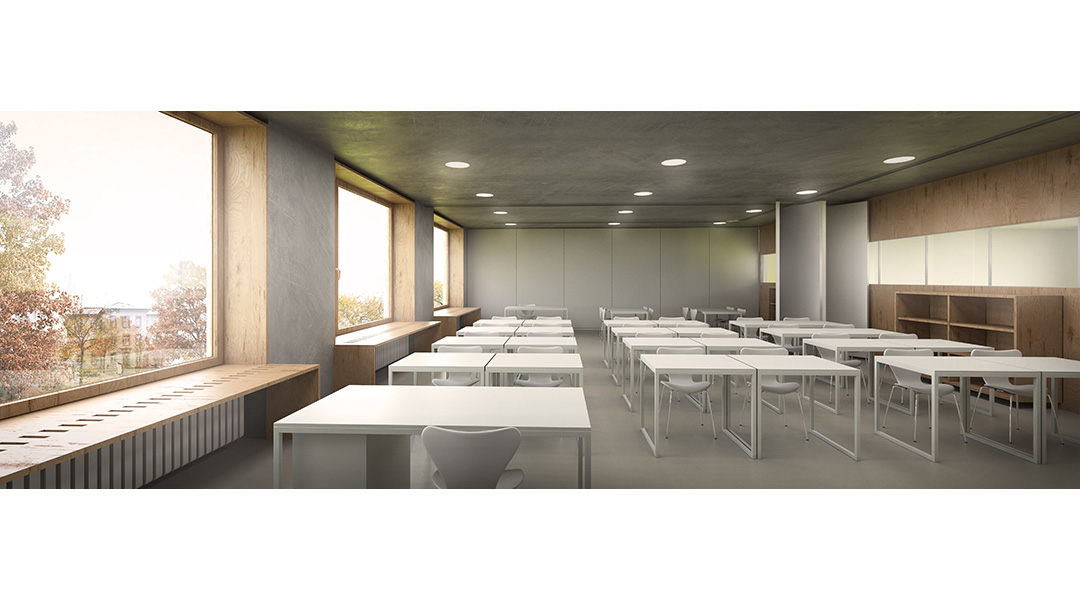 The development of educational reform has led to fundamental changes in the design and construction of schools. Modern education has different teaching methods and for this it also requires a greater flexibility in the use and subdivisions of space as well as in the design of furniture, factors that allow adaptation to different scenarios and atmospheres according to the activities to be performed.

The new school building has been designed according to these guidelines, able to adapt to these revolutionary forms of teaching, such as workshop teaching, group teaching, reduced class teaching, team teaching…

The entrance of the building of the Wettingen School is in the Zehntenhofstrasse Street, in Switzerland. The uses of the entire ground floor are grouped together to create an axis, which follows a route, and connects the grounds of the school. The traffic of users is an important factor that has been taken into account for the realization of the project, which is characterized, in turn, to generate a clear and compact structure.

Another important point of the project is its interior distribution, with a central courtyard that expands the classrooms and partitions to the perimeter of the building, providing natural light to both the ground floor and its three upper floors. The building is dense and intrinsic from an exterior view, protecting its students, but guaranteeing their comfort through the sensation of openness, spaciousness and free space granted by this large inner courtyard. The cover of this light well is generated with a structure of wooden slats that regulate the incidence of sunlight through its inclination and the study of the trajectory of the rays of the sun in the different seasons of the year.