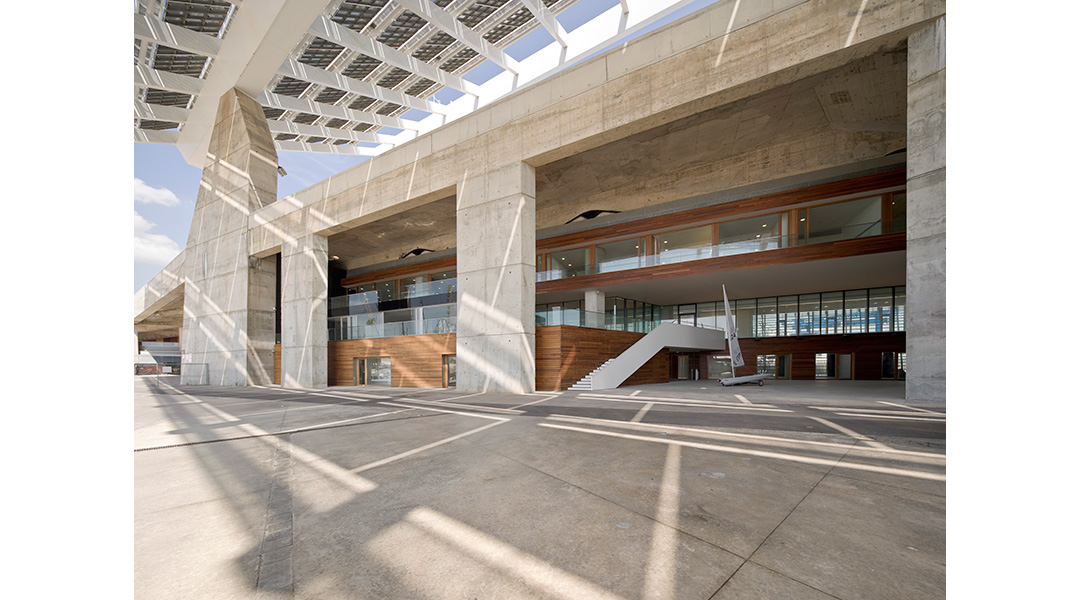 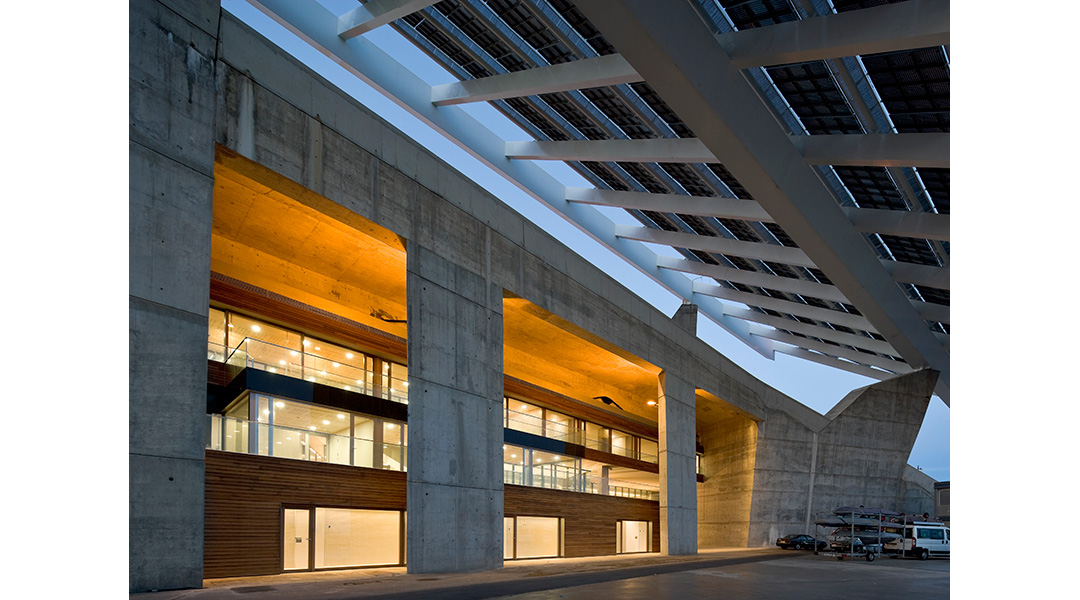 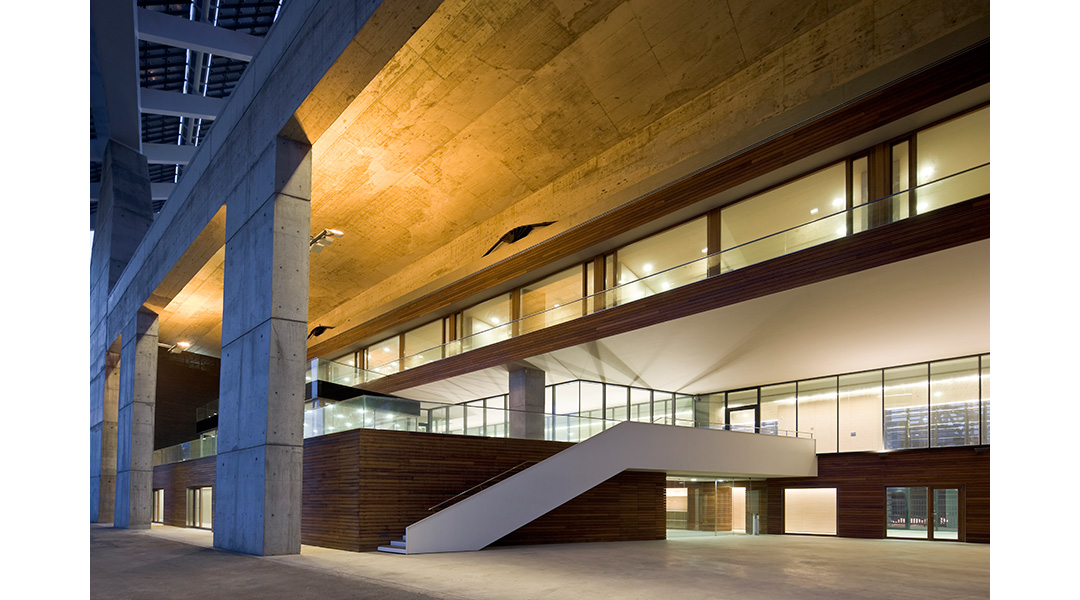 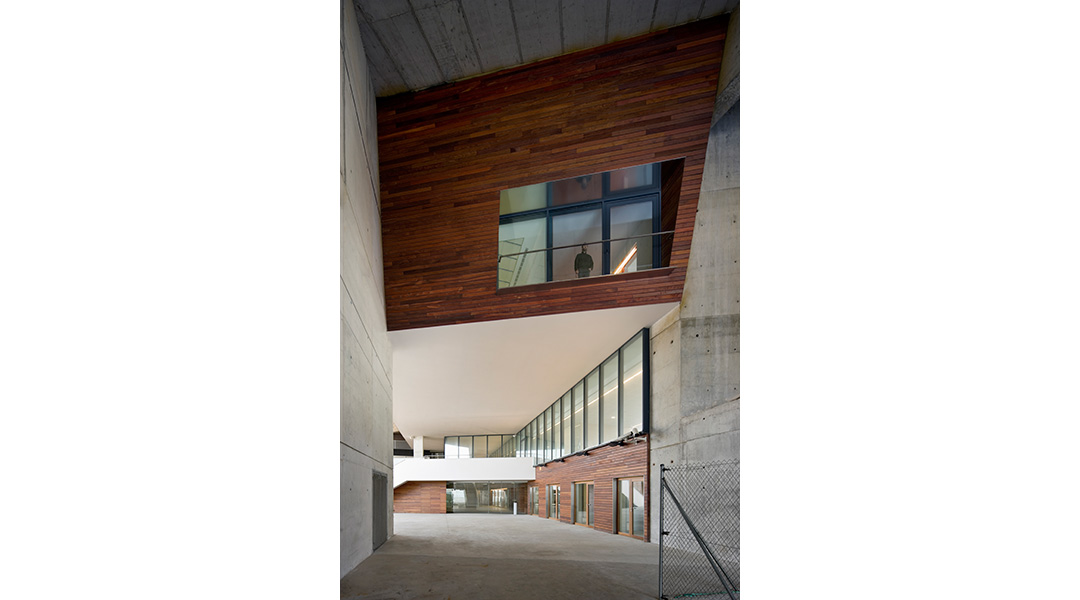 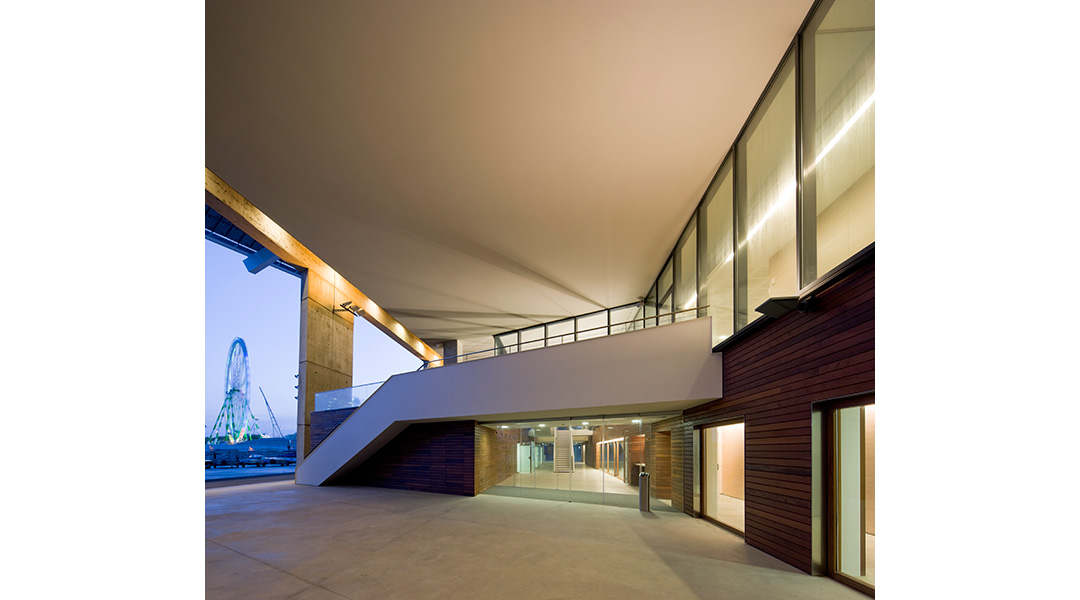 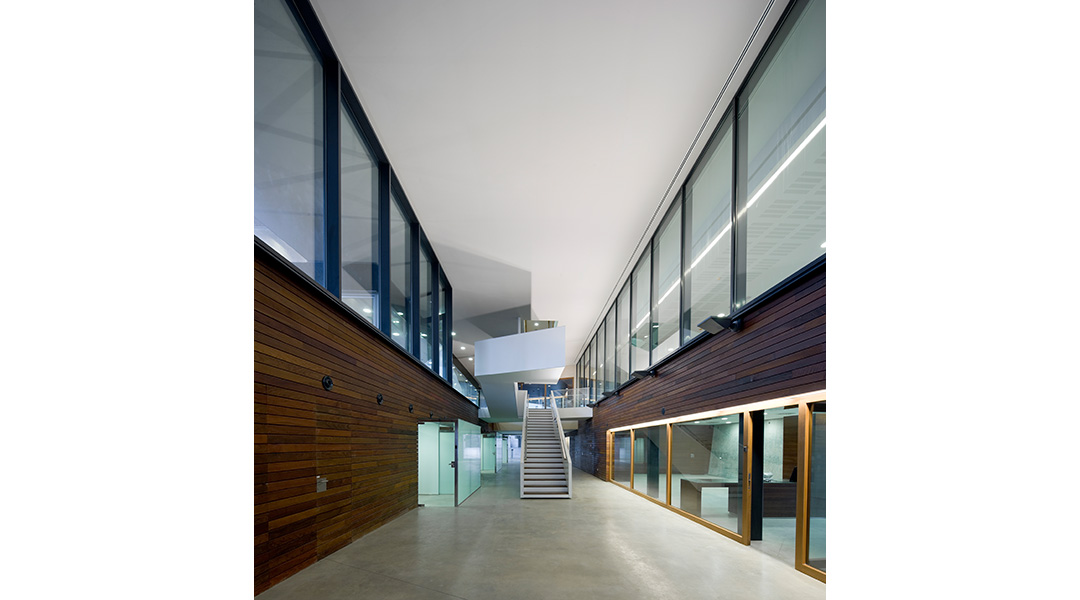 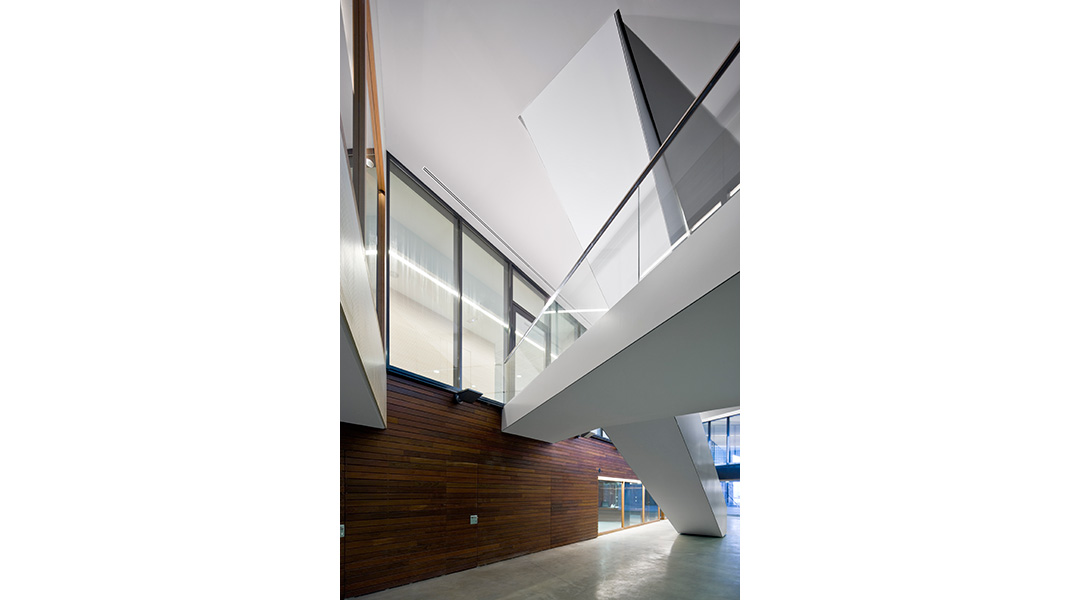 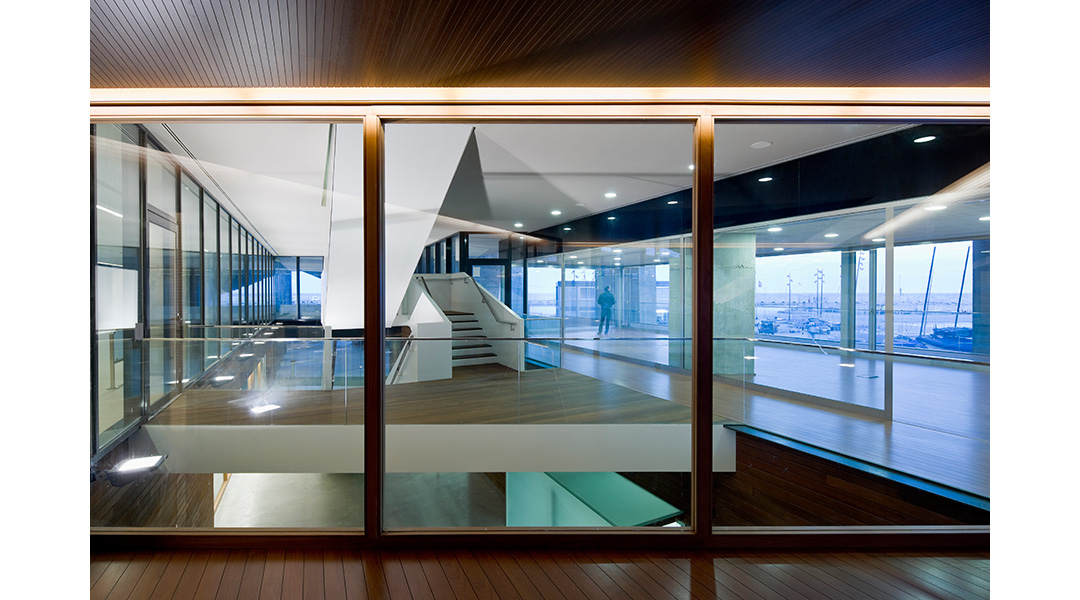 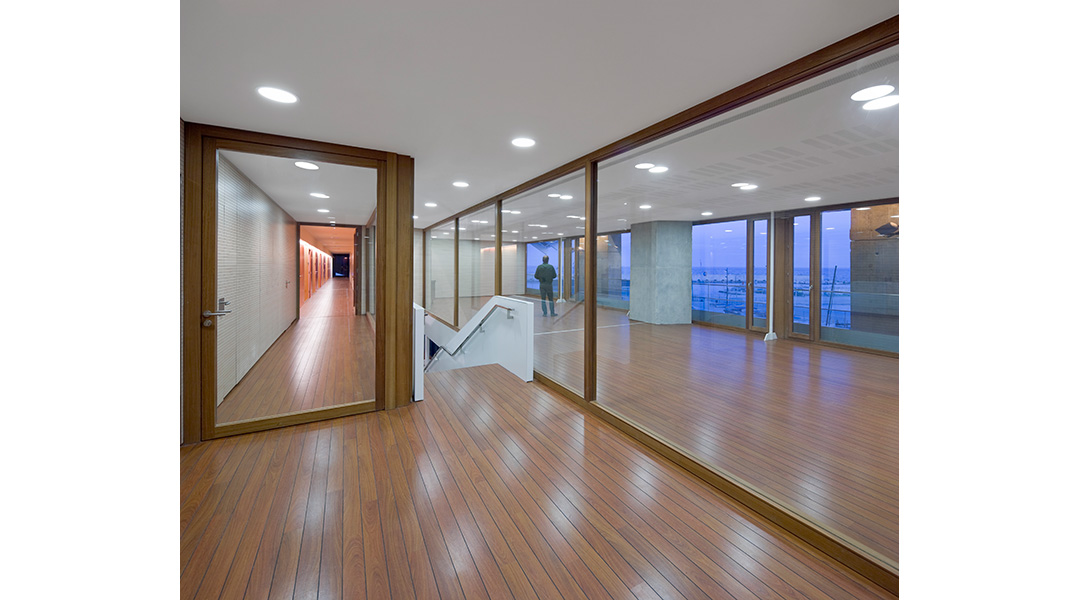 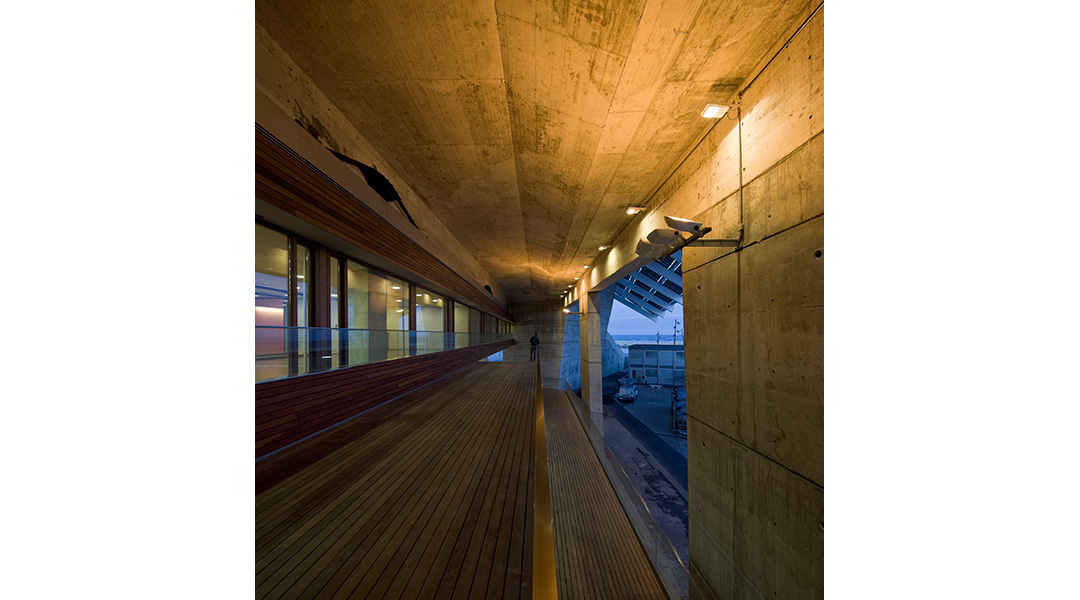 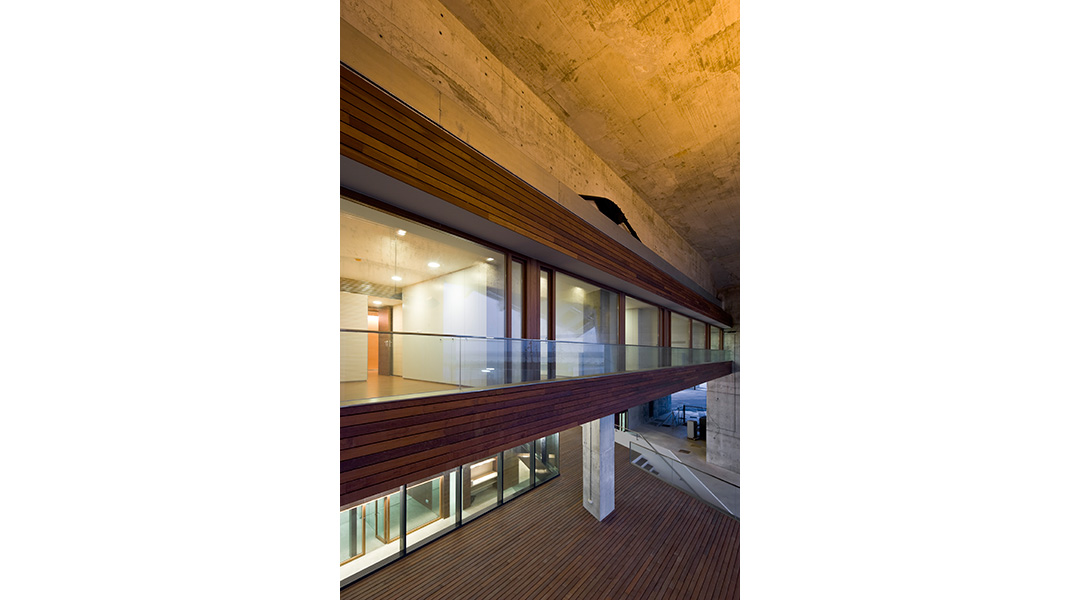 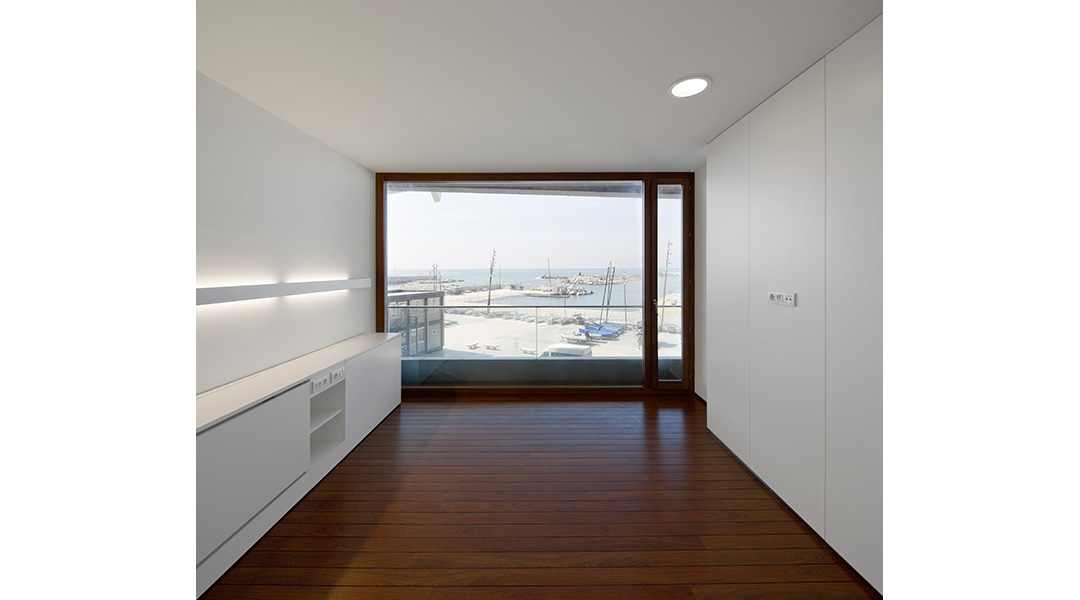 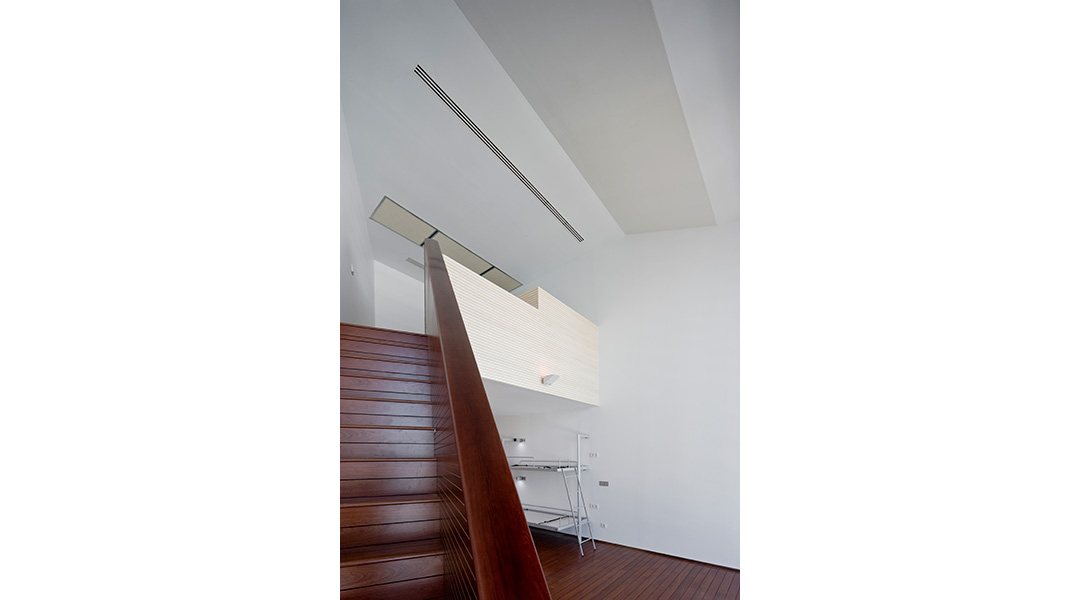 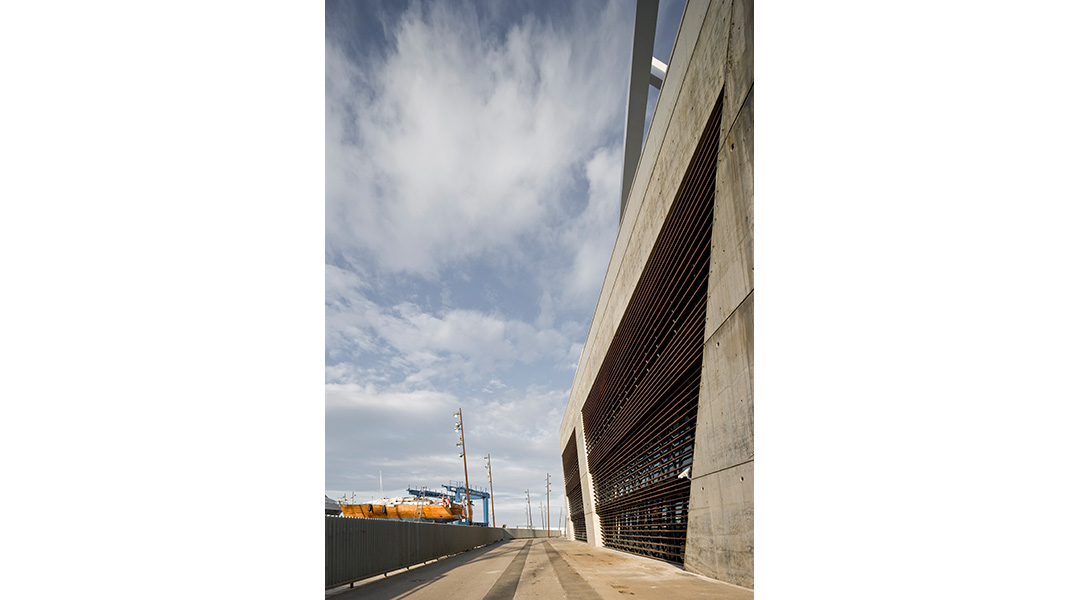 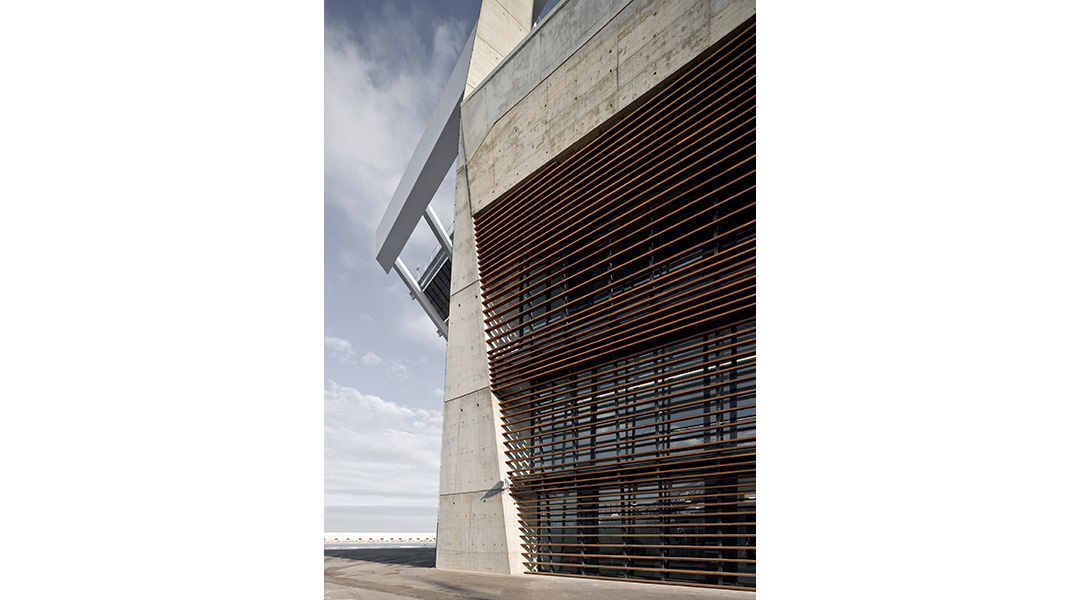 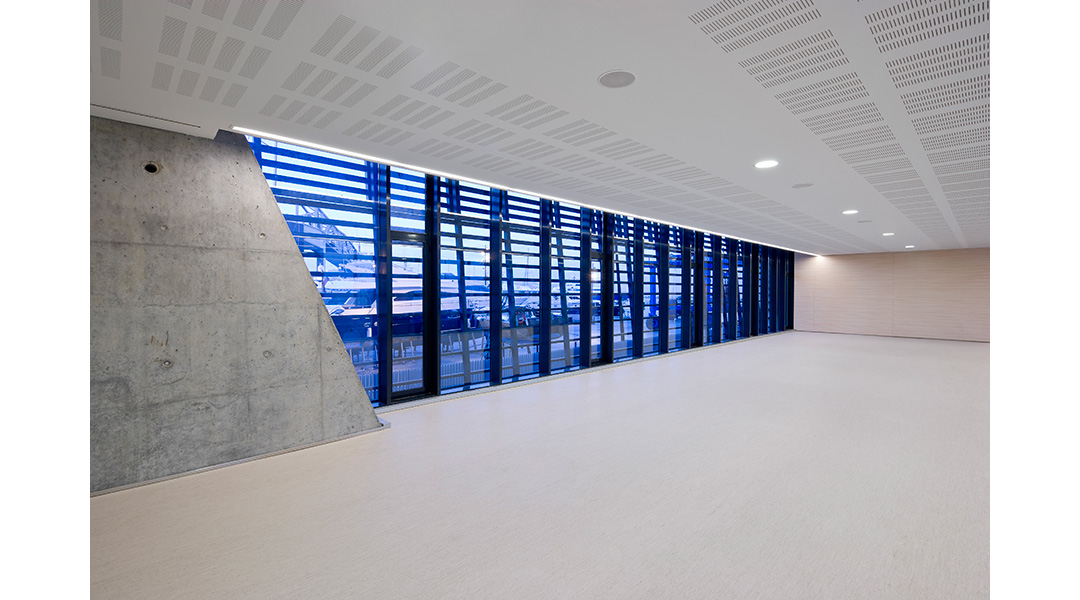 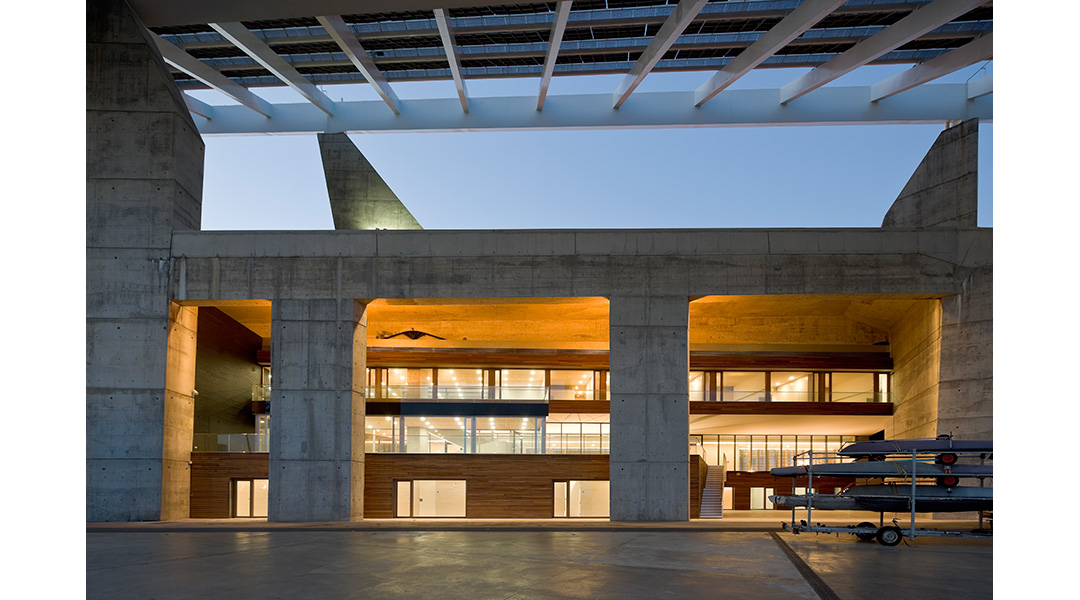 The objective of this intervention is to include under the large pergola Photovoltaic in the Forum Park of Barcelona, the International Center for High Performance Sailing.

The uniqueness of the spaces to be treated, affected the starting considerations, both the environment, the possible actions in outer space, and the configuration of existing architectural elements, determines many of the decisions of the project. The proposal is to treat the facades that seek not to contrast with the gigantic scale of the pergola. The south facade is delayed until the first bay of the current structure to avoid contact of the new facilities with existing structural elements, while on the north side openings are covered with a curtain of continuous wooden slats overlapping, that acts as a unitary and neutral element.

The Institutional access to the center is produced under the great porch located in the west side and another entrance in the east part of the ground floor, communicates though a large porch, with the esplanade of the dock. A central staircase serves as a center of relationships and communication among users of all levels. In the two bays of the south facade, are arranged various activities which let light pass into the interior space of the complex while generating terraces allowing views of the sea above the seawalls.

The structure of the ground floor consists in a new order of beams that rests on the existing piles. These piles have a depth of over 30 meters because it is land reclaimed from the sea. The second floor is “hanged” of the superior existing structure, so that this middle floor wins transparency due to the absence of pillars.