Coverage of the Principe Street of Vigo 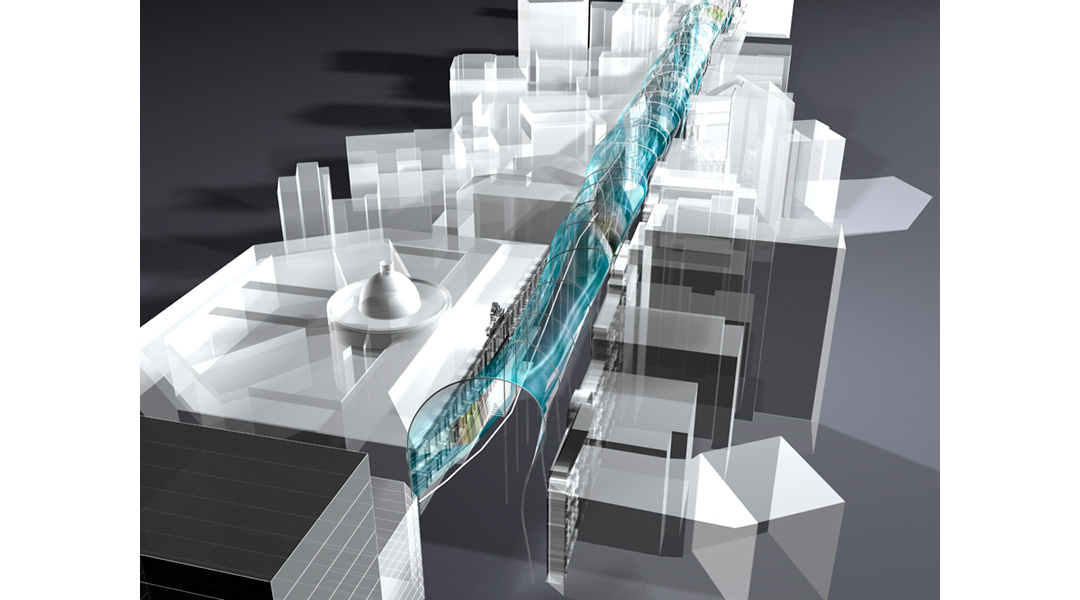 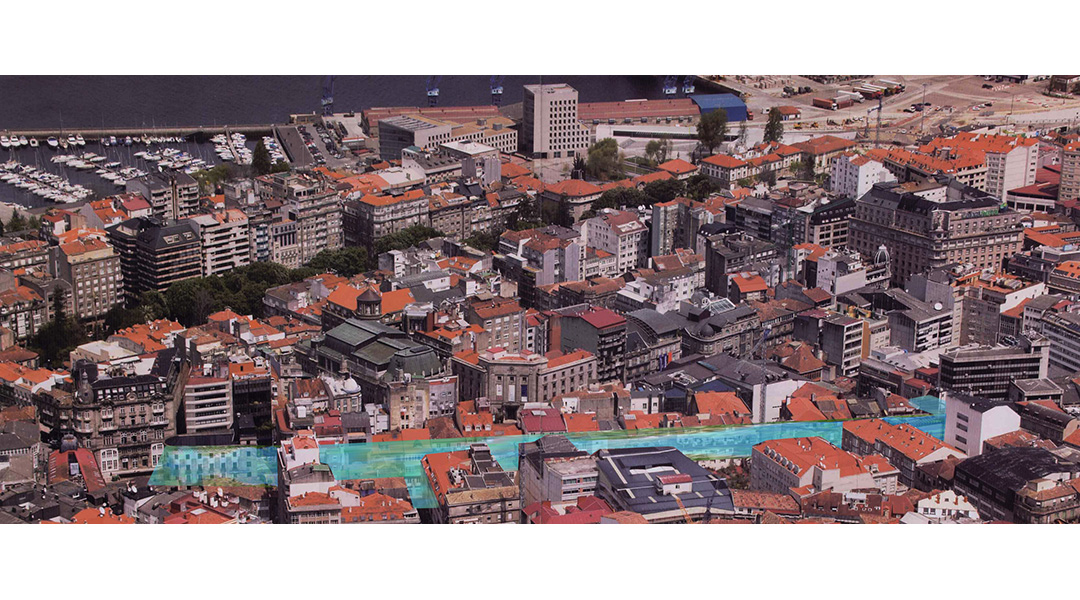 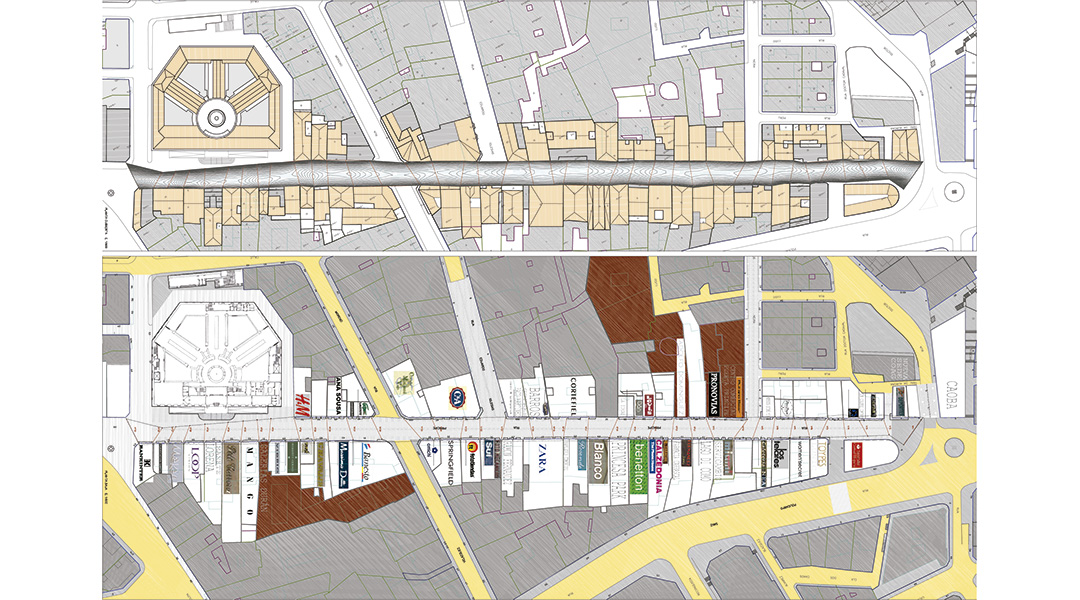 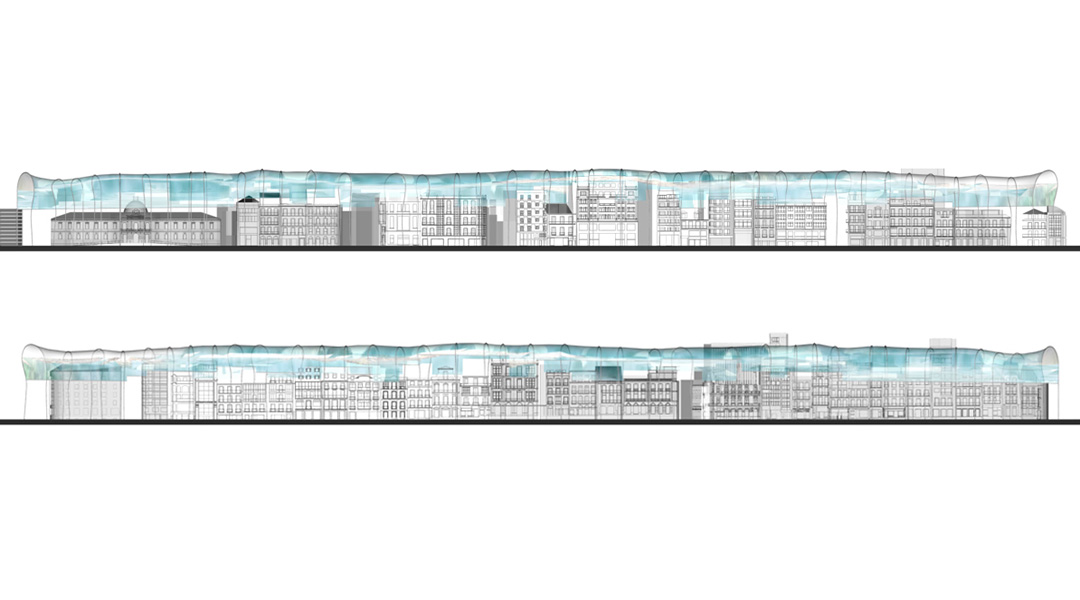 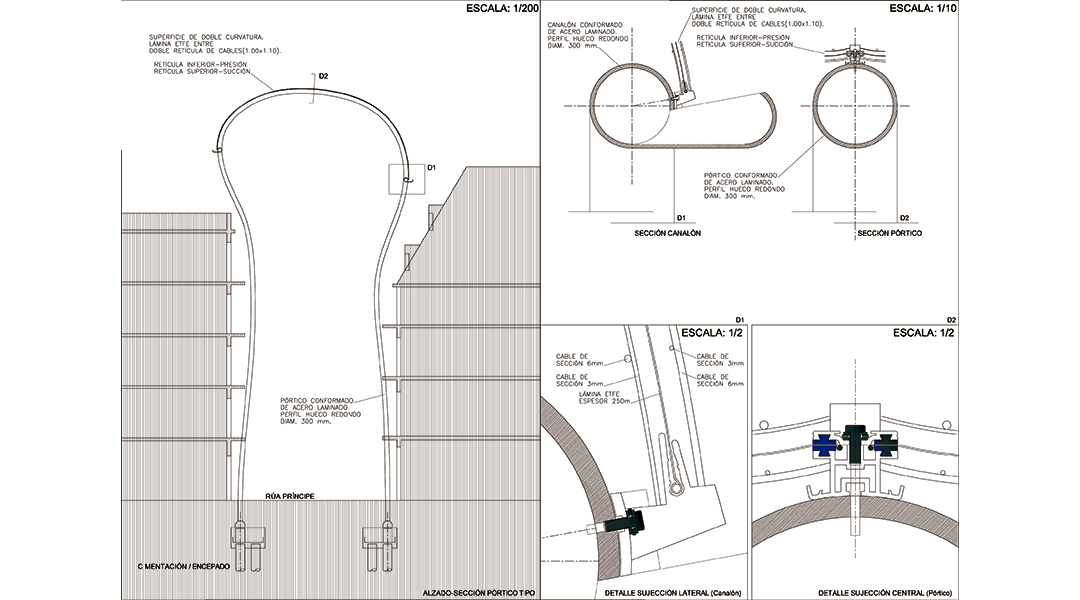 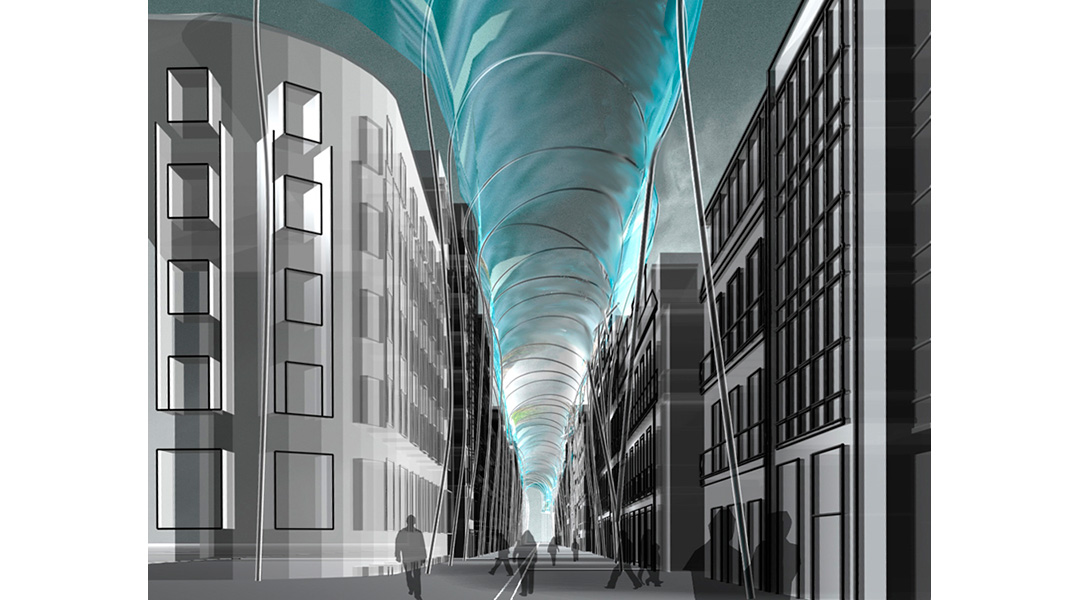 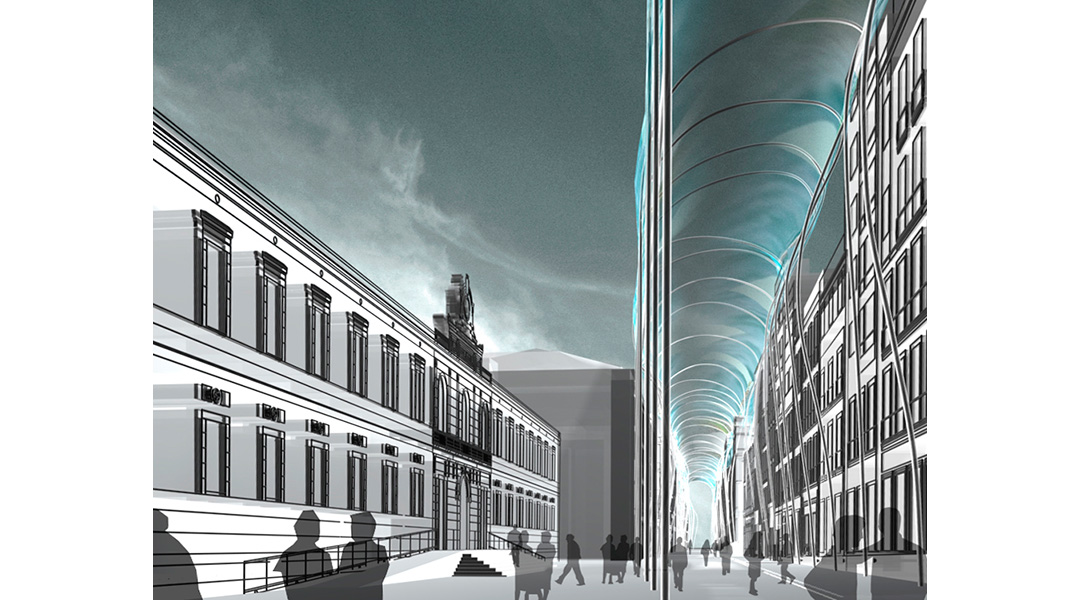 The proposal takes as reference the archetype vaulted space of the architectural tradition of the great commercial spaces covered, to suit the specific physical characteristics of Prince Street.

Unlike the reference in which the covering meets a unitary conception of the project as a “building-street”, which cover building and part of a locking system, in this case it is to cover a space delimited by a sum of buildings often very different from one another, due to the ownership structure of soil and irregular urban planning ineffective in relation to the control of building heights.

Regardless of the irregularities, the street presents homogeneity in terms of trade and thus, the cover is conceived not as a collection of fragments but as a continuous urban pursuing a link between the ends of the street, the meeting Colon and Urzaiz streets, and the Puerta del Sol square.

It aims to provide cover their own language, with a unitary character throughout its development, giving a singularity porches formal aim of becoming a hallmark of all the shopping.

The address of the frames is the result of joining together the various medians on both sides of the street, allowing the height to adapt to the different buildings covering.

In the choice of material for the covering has prioritized the lightness of it, and the minimization of the structural elements in the deck area with the aim of achieving greater transparency. This is possible thanks to the use of a textile cover sheets based ETFE (ethylene copolymer and modified ethylene tetrafluoride) whose structural logic is the formation of a double-curved surface geometry that allows the material absorb efforts compression and wind suction.

It proposes an artistic intervention based surface treatment coating cover sheets with high adhesion to titanium dioxide base to generate a texture which, fragmented mode channel, produces a sunlight filtering with different intensities.