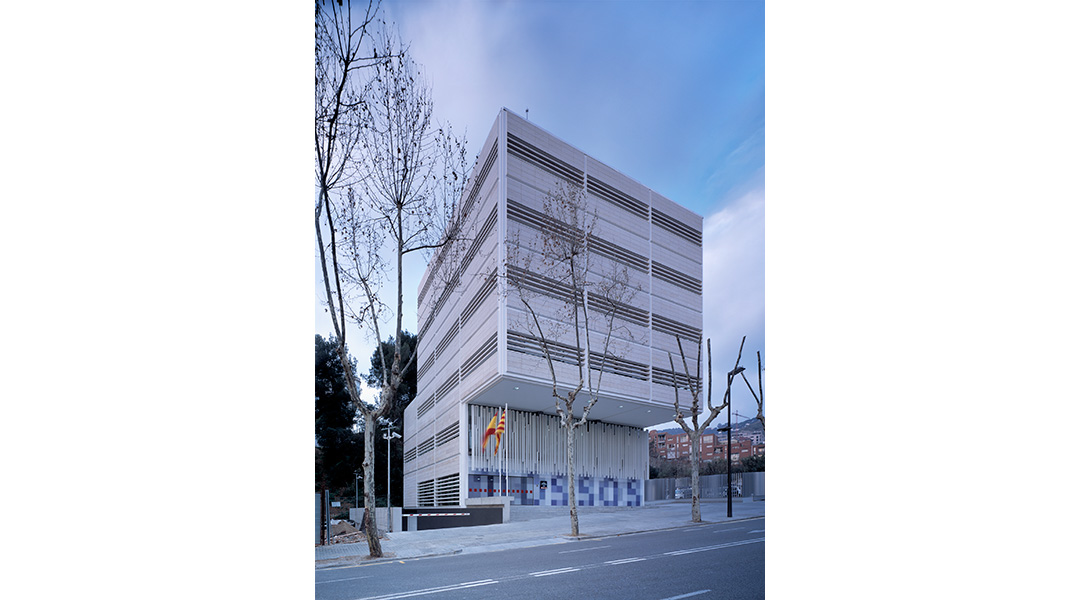 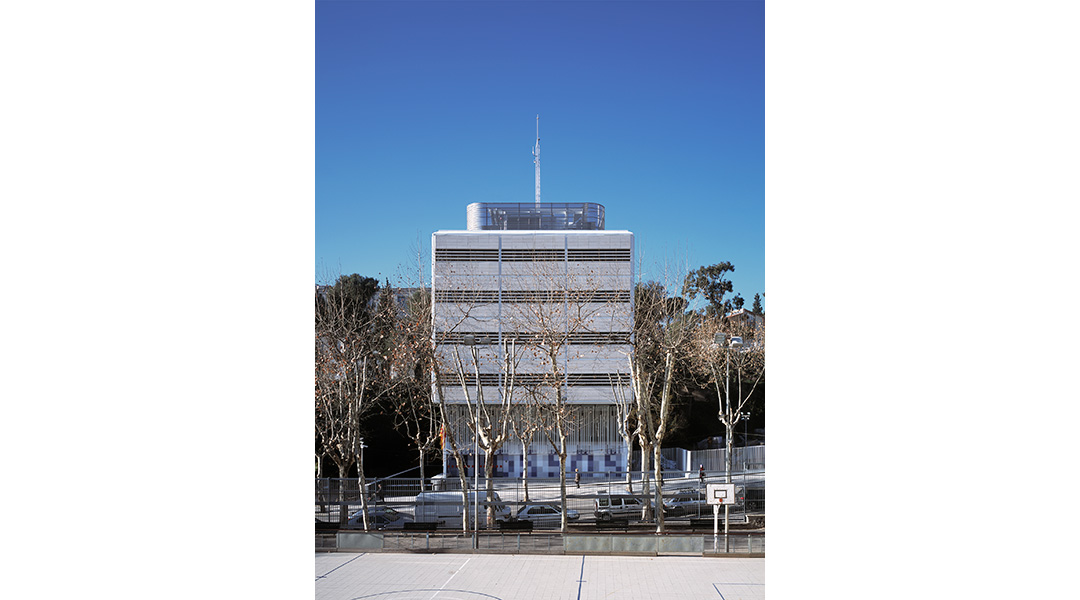 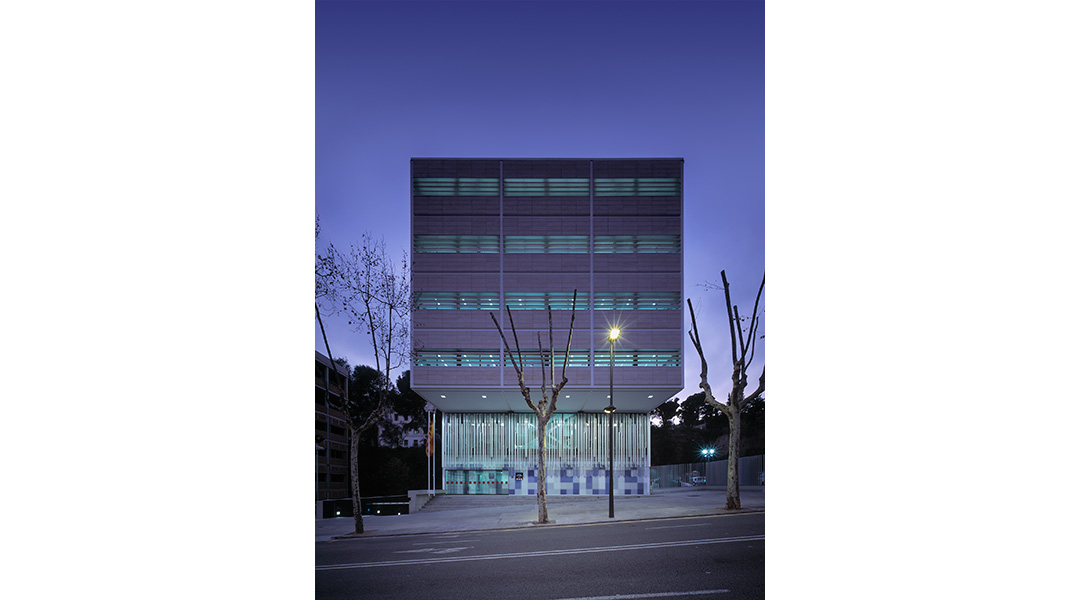 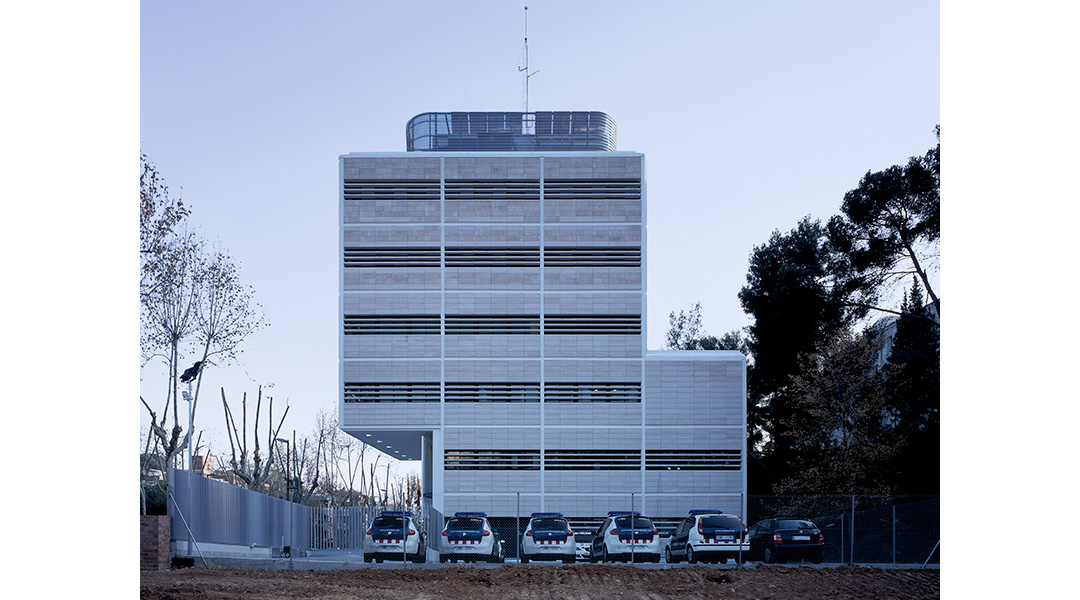 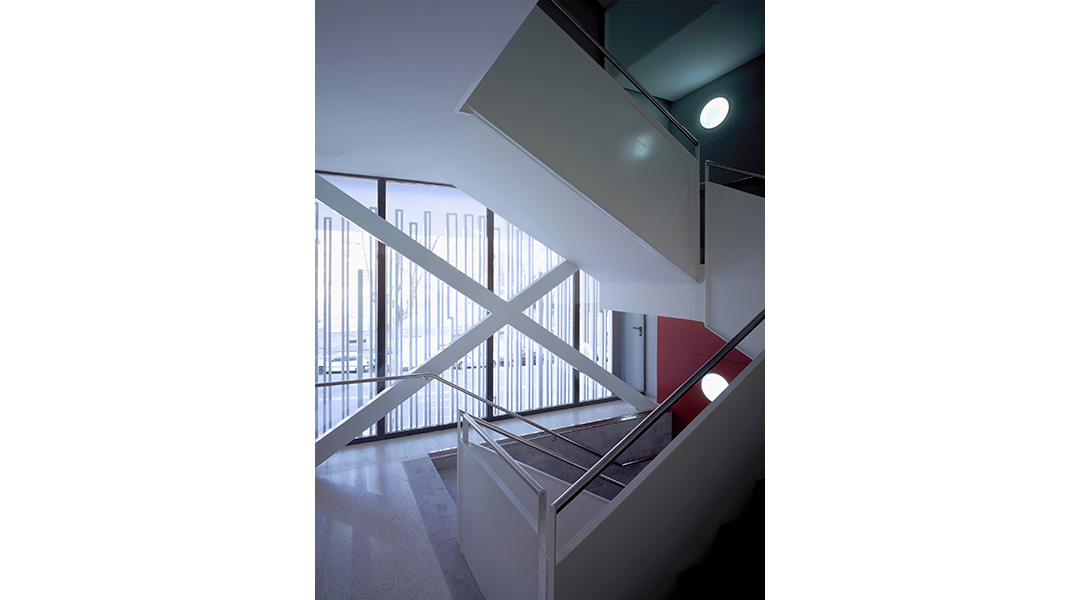 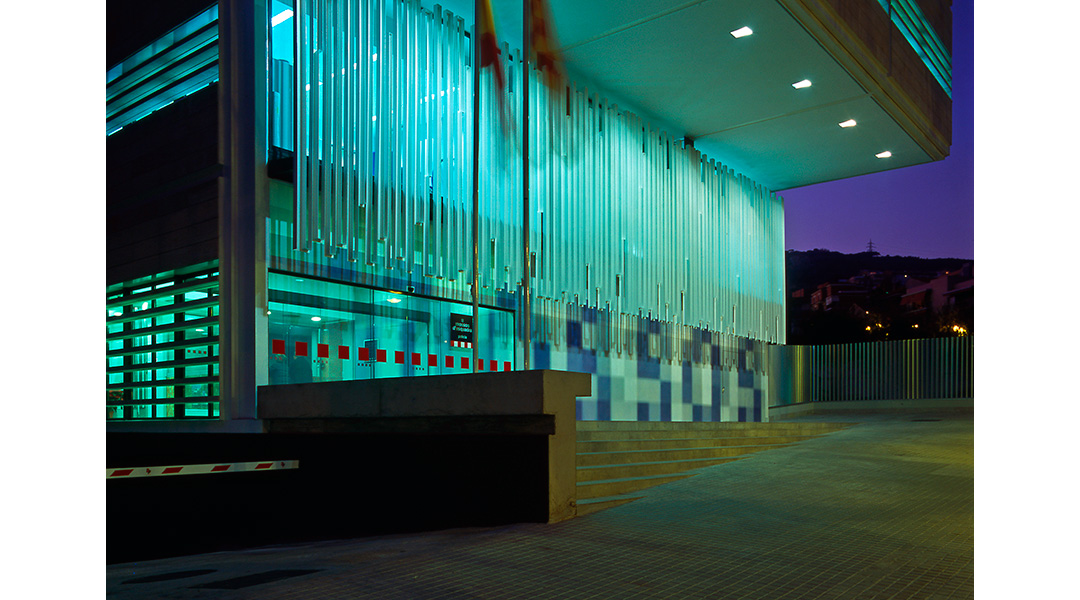 Within the grounds of the former military hospital in Barcelona designed and built the building for the “Autonomous Police” in the neighborhood of Gracia. Topographically is characterized by the presence of two separate platform by a major natural slope of about 15 meters of altitude and respectively associated with Esteve Terrades Street, the most extensive and highest, and the Military Hospital Avenue strip at hand and where it is located the building. The latter, provides guidance and ordering this from the “Special Plan” by a succession of independent volumetric bodies, alternating with square yards, thus providing greater visual permeability into the enclosure and place value on the wooded slope in the background .

These characteristics of the place in line with planning regulations and program requirements, define the origin of project proposals: first, the desire to minimize the visual impact to the wooded profile of the back, and secondly, the spaciousness intentions, respect and public reception accessed from the Military Hospital Avenue.

The answer to this double desire was born the idea that forms the building, that is, the volumetric sliding toward the front suspension without spoiling the whole unit reading is reinforced by the use of a single stone material, hampered by a regular geometric and structural mesh providing an image of sincerity